Academi is a private military contractor. It has been formerly called Xe and Blackwater Worldwide and Blackwater USA. Earlier incarnations of the corporation were ran in part by co-founder Erik Prince, a former Navy Seal. Academi has distanced itself from Prince, but the corporation is still owned in large part by a close friend of his family. [1]

Academi is the latest in a series of rebranding efforts by a troubled private defense company, which has previously gone by the name Blackwater and Xe. Academi was deliberately chosen to sound "boring". [2]. This rebranding was necessary to shake the poor reputation Blackwater/Xe aquired following the Nisoor Square killings in Bagdad on September 16th, 2007, and their subsequent explusion from Iraq [3] as well as a host of other incidents including ethically suspect ties to CIA [4] and accusations of widespread fraud [5]

Prior to 209, Academi was known as Blackwater, and was briefly known as Xe (pronounced like the letter "Z") between 2009 and 2010. Read more about them here. 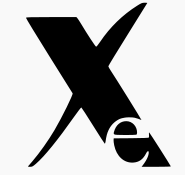 According to their website, Academi provides "risk assessment, training and security solutions" and specializes in "Training and support for domestic and international clients...Risk management and security services consulting...[and] tability support, crisis response and forward base operations". [6] Academi offers many of the same services as its previous two incarnations, including bodyguard services [7] and Counter-terrorist training [8]. It still owns the 7,000 acre training facility in Moyock Virginia which has been used by Blackwater since 2007. [9]