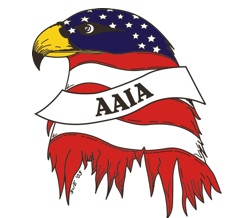 The American Recall Coalition is run by Americans Against Immigration Amnesty

The group's board and advisors are listed on the APRC's Web site with only their photos and first names.[2]

Baltes became a conservative talking head in 2011 through his numerous organizations - Americans Against Immigration Amnesty, Restore Our Dreams, American Recall Coalition and Draft Allen West for President 2012 - his talk radio blog show and FOX News appearances. He is apparently well connected and seems to strike a chord with his conservative contemporaries, enough to garner monetary contributions from his supporters.

The Deseret News found a former employee of Baltes who thinks he has tricked conservatives into thinking he is a credible voice.

"Alexandrea Merrell, an author who lives in Arkansas, worked for Baltes for two weeks last month setting up websites and soliciting sponsors for the two-day Beck speaking tour in Las Vegas, San Diego and Phoenix. Baltes, she said, represented himself as a producer for Beck and agreed to pay $1,000 a week. She quit after receiving only the first week's check. "It just became really quickly apparent that all this was a scam," she said. Merrell created a blogspot called Conning Conservatives where she lists Baltes' criminal history and alleged schemes."

Baltes, who spent 10 years in the Idaho prison system in the 1980s and 1990s for "grand theft, forgery and writing bad checks," also had a "domestic violence complaint and protective order issued against him in Colorado a decade ago."[3]

Baltes also planned a failed Glenn Beck tour, that some ticket buyers still have not been refunded the $350 for. He also put on two small illegal-immigration rallies in Texas and Arizona where all the "participants" were paid.[4]

"On his websites, Baltes touts himself as a well-connected political strategist and an authority on illegal immigration. His Restore Our Dreams Productions bills itself as 'one of the most recognized 'boutique' political production firms in the country. The only clients listed on the site are his three other organizations," says the Deseret News."Baltes said he finds all the speculation, rumor and innuendo about him disconcerting. Shortly after being interviewed by the Deseret News, he emailed supporters an apology for the failed Glenn Beck show, that includes descriptions of an ugly childhood, troubled past marriages and mental health struggles."[5]