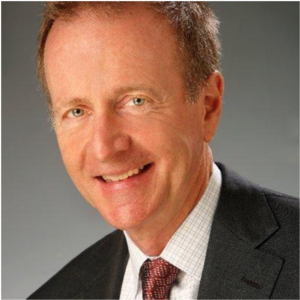 Austin Beutner is a former investment banker, Los Angeles deputy mayor, and Los Angeles Times publisher (fired from that position after a year) who became superintendent of the Los Angeles Unified School District (LAUSD) in May 2018, which has an annual budget of $7.5 billion and a 2018 deficit of $550 million.[1] Beutner is one in a string of LAUSD superintendents who share ties with billionaire Eli Broad and/or his Broad Academy. His selection by the Los Angeles school board was considered controversial, as he had "no background leading a school or school district," and the board majority that selected him was elected "with major support from charter-school advocates," according to the Los Angeles Times.[2]

Beutner has been called "short" on experience -- political, educational -- but "long on drive."[3] His "recent record in the public and private sector is marked by brief stays in important jobs," as noted by the Los Angeles Times: He co-chaired a task force to advise LAUSD on student attendance and real estate holdings, among other things, starting in 2017; became publisher and CEO of the Los Angeles Times in 2015 but was fired by the owner after a little over a year; co-chaired the 2020 Commission, which made recommendations for the future of Los Angeles, in 2014; founded the nonprofit Vision to Learn, which provides vision screening and glasses to low-income students in LAUSD, in 2012; and was Los Angeles deputy mayor of L.A. in 2010, but quit after 15 months to run unsuccessfully for mayor in 2012.[2]

Previously, Beutner cofounded the investment bank Evercore Partners, which went public for $83 million in 2006 and immediately spiked to over $98 million, making Beutner's share nearly $90 million; was CEO of the U.S. Russia Investment Fund, a private investment fund capitalized with $440 million by the U.S. Government, from 1994 to 1996; and was made the youngest ever partner at the private equity firm Blackstone in 1989.[4]

Beutner also "worked for the U.S. State Department under the Clinton administration leading a team into Russia to help in the transition from communism to a free-market economy," according to the LA School Report.[5]

Beutner has "ties to charter schools and a close relationship with billionaire school reformer Eli Broad," according to the Los Angeles Times.[6]

Feuds with the LA Teachers Union

Upon Beutner's selection, the Los Angeles Times -- which had called Beutner "boss" in the recent past -- reminded him in a board editorial that he "should not overlook the importance of reaching out to teachers... Their expertise and opinions should be listened to and considered."[6] But under Beutner, who inherited a contract dispute from his predecessors, disagreements with the teachers union continued, teachers voted "overwhelmingly" to strike in late August 2018, and -- as of late October 2018 -- the union was waiting on completion of a financial analysis before being legally able to begin what would be the first Los Angeles teachers' strike since 1989.[7][8]

The teachers union is calling for raises, reduced class sizes, "ending overtesting" of students, and "placing reasonable accountability measures" on independently operated charter schools," according to the Los Angeles Times.[9]

With teacher negotiations at an impasse, Beutner reportedly began developing a proposal "confidentially" that would divide the school district system into 32 "networks" and "shrink... the central bureaucracy..." "Although the internal planning has been confidential, officials say they have collected input from about 1,500 parents, teachers, administrators and community members in a series of meetings since August," according to the Los Angeles Times. Consultants working on the proposal have been funded externally by private donors, including the Eli and Edythe Broad Foundation.[10]

The Los Angeles Times also asked Beutner, upon his selection, to "set high standards for district-run schools — and then hold charter schools to the same standards or higher ones. He should remember that most charter schools are in the happy position of admitting only students whose parents want them to attend that school and who are willing to make extra commitments to have them there. It's not exactly a level playing field. Charter schools should perform better than, not as well as, neighboring district schools in order to continue operating."[6]

But "Beutner was chosen as superintendent by a charter-supporting majority of the L.A. school board" and "signs suggest L.A. Unified, with its new superintendent, will embark on changes that would expand alternatives to traditional public schools at the expense of the district," as the Washington Post noted.[11]

Beutner has close ties to Eli Broad (see below), whose Eli and Edythe Broad Foundation in 2015 "outlined an ambitious $490-million plan to place half of the city's students into charter schools over the next eight years," according to a 44-page memo obtained by the Los Angeles Times.[12] Steve Zimmer, president of the LA Unified school board at the time, called Broad's plan "a strategy to bring down LAUSD that leaves 250,000 kids vulnerable to damage."[13]

Beutner has "ties to charter schools and a close relationship with billionaire school reformer Eli Broad," according to the Los Angeles Times.[7] That paper had cause to remember those ties because in 2013, Beutner had reportedly tried to purchase The Times with Broad's backing; and Broad made another purchase offer while Beutner was the publisher, which executives rejected at the same meeting at which they reportedly decided to fire Beutner.[14][3]

Once Beutner became the LAUSD superintendent, Broad and other wealthy philanthropists waded into disputes over cost-cutting measures, funding consultants to reorganize the district and improve "efficiency," according to the Los Angeles Times. One of the consulting firms, Kitamba, is staffed by executives who worked on controversial "reforms" in Newark, New Jersey, and the District of Columbia.[10]

Such district-wide changes would need to be approved by the school board. But donations from Broad and others helped school privatization and charter advocates shift power on that board further in their favor in the May 16, 2018 election, according to the Los Angeles Times. Broad himself "gave nearly $1.9 million in April and May to California Charter Schools Assn. Advocates,"[15] an organization funded by several similarly aligned philanthropists (like Netflix founder Reed Hastings) and run by alumni of the Broad Academy like Diane Tavenner and Ana Ponce.