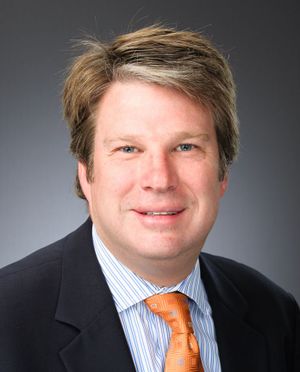 Bill Kurtz was a member of the Broad Academy’s 2015-2016 cohort. Kurtz has been with the Denver School of Science and Technology (DSST) Public Schools, “one of the nation’s premier open-enrollment STEM-focused school systems,” since 2004. He was the “Founding Head of School” until 2009 when he became DSST’s Chief Executive Officer.[1][2]

Prior to DSST, Kurtz served as principal for the Link Community School in Newark, New Jersey from 1998 to 2004. Kurtz also previously served as assistant principal at the Holy Cross School in South Bronx, New York, from 1995 to 1998. Kurtz was also an associate at Chase Manhattan Bank from 1991 to 1995.[2]

Kurtz received his Bachelor of Arts in Politics from Princeton University and graduated from Columbia University with a Master’s Degree in Education Leadership and Administration.[2]

In 2017, Complete Colorado, Page Two reported on Bill Kurtz's comments in support of charter schools: “Charter school children are public school children, how is it possible that children who go to two public schools within a mile of each other within the same town or city, get dramatically different funding... This is neither equitable, democratic or right. I ask you to consider how you would explain to two middle school children sitting in front of you from the same town — one from a charter school, one from a district school — why one gets art and one doesn’t, why one gets extra reading support and one doesn’t, and why one has new textbooks and supplies and one doesn’t. And how would you explain these difference when their parents pay the same taxes to support their schools,” said Kurtz.[3]

In 2015, according to the ChalkBeat, “three schools run by DSST, a lauded charter network in Denver that recently got the green light to expand significantly over the next decade, saw science scores drop, in one case from 72 percent proficiency last year to just 50 percent this year. The schools posted increases in social studies scores.” It was also reported that “Districtwide, science scores fell slightly in middle schools but rose in elementary school, while social studies scores inched upwards at both levels. Those overall trajectories were in line with state trends, though Denver’s scores are lower than state averages.”[6]

In 2011, according to the Denver Post, Liberty Media chairman John Malone announced he would “donate $7 million to the Denver School of Science and Technology — the charter school’s largest donation ever.”[7]

According to a 2017 article from the Denver Business Journal, “John Malone and his Liberty Media business empire were among the big contributors to President Donald Trump's inauguration festivities, donating a collective $1 million. Federal Election Commission documents filed by Trump’s 58th Presidential Inaugural Committee show Malone — founder and chairman of Douglas County-based Liberty Media Corp. and its various offshoots — donated $250,000 himself.[8]

In 2010, Oprah Winfrey donated $1 million to Denver School of Science and Technology, according to Westword. When discussing why public education isn’t better after receiving the award, Kurtz said, “There are lots of schools around the country -- district schools or charter schools -- that are great for kids. But the problem is, we can't do enough of that for enough kids. There's a lot of inertia built into changing public education that makes it difficult to have a unified strategy and to implement it on a large scale over a long enough period of time.”[9]

Kurtz is a “senior leader” with the Denver Institute’s 5280 Fellowship.[10] The Denver Institute for Faith and Work is an “educational nonprofit dedicated to forming men and women to serve God, neighbor, and society through their work.”[11] The 5280 Fellowship is a program for professionals who are “committed to applying the gospel to their work.” A 2013 article by the Denver Institute’s Jeff Haanen noted that Kurtz’s “understanding of the gospel shaped his engagement as a public school leader.”[12] Kurtz told Haanen that his work with DSST was a “chance to build God’s kingdom,” adding that education was a “great opportunity to live out my faith. Obviously, public education is a secular space, and this is an opportunity for me to live out my vocation, serving the needs of others and building strong communities.”[13]