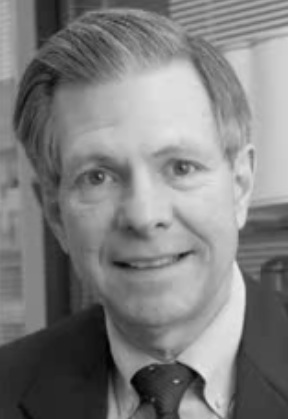 When Senator McCain's relationship with telecom lobbyist Vicki Iseman was questioned in early 2008, Black "made the rounds of television networks to defend McCain ... even before McCain finished his news conference," reported the Washington Post. Black's lobbying clients at the time included General Motors, United Technologies, JPMorgan and AT&T. [2]

Black's "relationship with McCain ... goes back more than two decades, from the time McCain first came to Washington. They got to know each other well during (former Senator Phil) Gramm's 1996 presidential run; Gramm, now an investment banker, is a major supporter and adviser to McCain." [2] Washington Post, June 24, 2008

Terror Attack Would Be "A Big Advantage" for McCain

Charles R. Black, Jr., in his position as a top adviser to Republican presidential candidate John McCain, commented in a June 2008 interview with Fortune magazine that another terrorist attack inside the U.S. would "be a big advantage" to McCain in the November presidential election. Black's comments brought the politics of fear and terrorism back into the 2008 presidential campaign, mirroring the 2004 campaign between Senator John Kerry and George W. Bush. McCain disagreed with Black's comments, saying he has long worked to prevent terrorist attacks in the the U.S. and could not imagine why Black had said such a thing. Democratic candidate Barack Obama's campaign called Black's comments "a complete disgrace." Black later backpedaled, telling reporters, "I deeply regret the comments. They were inappropriate." Richard Ben-Veniste, a close campaign adviser and representative for Obama, called Black's comments a “very disappointing glimpse into the thinking of one of McCain’s closest advisers.”[3][4]

Black "served as senior advisor to Presidents Ronald Reagan and George H.W. Bush. He also served as a principal public spokesman for President Bush in the 1992 presidential campaign. During 1990, Mr. Black served as chief spokesman for the Republican National Committee. He served on President George W. Bush's 2000 campaign as a volunteer political advisor and surrogate spokesman," states his BKSH profile. [5]

Black also "managed the successful elections of more than ten members of the U.S. Senate and more than a dozen Members of Congress. He acted as political consultant to U.S. Senators Jesse Helms, Robert Dole, Phil Gramm and Dave Durenberger and as political director of the Republican National Committee under Chairman Bill Brock," adds the BKSH profile. [5]

At the lobbying firm, Black was "the principal legislative and public affairs advisor to several Fortune 500 companies and trade associations." [5]

Black's "ties with the Bush family go back to 1972, when he and Karl Rove were jockeying for control of the College Republicans in a campaign so dirty that George H.W. Bush, then head of the Republican National Committee, had to step in and sort matters out," reported Muriel Kane. [6]

Black and the tobacco industry

In 1991, as more public and private organizations were discovering that indoor air quality problems stemming from secondhand tobacco smoke could be easily solved by banning smoking indoors, Steven C. Parrish of Philip Morris Corporate Affairs retained Black to help push the Administration to take jurisdiction over indoor air away from the U.S. Environmental Protection Agency and instead move it to the Occupational Safety and Health Administration which the company believed posed a lesser regulatory threat. PM's strategy to deal with the issue include influencing labor unions to push for a broad definition of the indoor air quality problem -- i.e., focusing on all the substances that could potentially contaminate air in buildings, as a way to divert attention from cigarettes as a point-source of indoor air pollution, and instead focus attention on improved ventilation as the best solution.[7]

In 1991, Black devised a strategy to "raise the Philip Morris profile in a favorable manner in the Executive Branch of the federal government." At the same time, Black proposed raising Philip Morris' profile within the Republican Party, and recommended that the two strategies, since they were closely related, be pursued simultaneously. The strategy involved setting up tailored meetings between carefully-selected key company representatives and influential members of the Administration. The goal was to "establish independent personal relationships between the PM representatives and the official visited."[8][9]

Black's lobbying firm, Black, Kelly, Scruggs & Healey, was owned by the PR giant Burson Marsteller, of which Philip Morris was a client.[10]

In 1998, McCain crafted a bill that was approved by his Senate Commerce Committee by a vote of 19-1 that would have raised the tobacco tax by $1.10 over five years, capped the amount of damages the industry would pay plaintiffs at $6.5 billion a year, limited the cigarette industry's ability to advertise, given the Food and Drug Administration the power to regulate nicotine, imposed up to $3.5 billion a year in fines if youth smoking did not fall by agreed-upon goals, and provided $28.5 billion in relief for tobacco farmers. Philip Morris opposed the bill and retained Charlie Black, to defeat the bill. Black was successful.[13][14]

Black has served "on the boards of directors of the American Conservative Union, the Fund for American Studies, the U.S. Air Force Academy Foundation and The Mills Corporation." [5]

Black is a member of the managing board of Civitas Group, LLC, a homeland security-focused consulting firm. [15]

In 2005, Black was listed as one of two BKSH lobbyists (along with Gardner Peckham) representing the PR firm Lincoln Group on issues of defense and foreign relations. Lincoln Group paid BKSH $40,000 for lobbying services in 2005, according to U.S. Senate lobbying disclosure forms. [16]

In April 2006, Black told the Washington Post that disgraced Congressman Tom DeLay "would be very valuable to any firm if the legal cloud is lifted from him. He could come over here and be my boss if he wanted to be." [17]

"Tom DeLay has been the greatest strategist for getting legislation through the House in his generation in addition to having a lot of great relationships with Republicans in the House and Senate. His strategic insight on how to get things done up there is unsurpassed. And for clients, that's absolutely needed. There are 30,000 workaday lobbyists but very few who have the strategic insight and an understanding of the tactical process of getting something through Congress like he does," Black added. [17]

In May 2008, MoveOn launched an advertisement calling on McCain to fire Black as his campaign adviser.[18] "Charlie Black, McCain's campaign chairman, ran a lobbying firm that represented brutal dictators like Ferdinand Marcos in the Philippines and Mobutu Sese Seko in Zaire -- along with terrorist rebel Jonas Savimbi in Angola. Together, these men have been responsible for massive human suffering," the MoveOn e-mail states.[19]

Black told Washton Post reporter Matthew Mosk that he never worked for foreign clients "without first talking to the State Department and the White House and clearing with them that the work would be in the interest of U.S. foreign policy." Blacked defended working for Marcos on the grounds that he was a US ally at the time. "When the White House pulled the plug on Marcos, we resigned the account the same day," he stated.[19] Mosk reported that Black "said his firm was hired to help show Mobutu how to form political parties and conduct elections, and when Mobutu canceled the results of the parliamentary election, 'we quit'."[19]

However, McCain defended Black's role as a campaign adviser. "Charlie Black and Rick Davis are not in the lobbying business; they've been out of that business ... Charlie Black has been involved in every presidential campaign going back to President Reagan's first campaign. He has severed his connections with the lobbying group that he was with," McCain said.[20]

Black dismissed the controversy over the number of lobbyists ties to McCain's campaign -- after five lobbyists turned campaign advisers had resigned -- as ""complete inside-the-beltway nonsense."[21]

"I think you can change professions and unless you did something unethical or criminal, your past profession should not be injected into the candidate’s campaign ... It’s absurd," he said.[22]