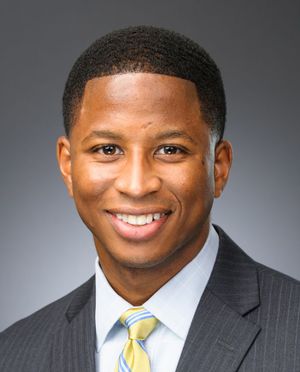 Derwin Sisnett is the managing partner of Rethink Community, a social impact investment fund that provides capital for real estate assets collectively centered on education, housing, healthcare, and the workforce. Derwin is also the founder and managing partner of Maslow Development Inc. (Maslow), a not-for-profit real estate development company that designs and develops communities around high performing schools. Prior to Rethink Community and Maslow, Derwin co-founded and served as the CEO of Gestalt Community Schools (GCS), a charter management organization that develops high-performing, community-based charter schools in Memphis, Tennessee. Under his leadership, GCS grew into one of the highest-performing network of schools in Tennessee. Derwin has held numerous board seats at healthcare, foundation, and education-based organizations.[1]

“In addition to his work at Rethink Community, Derwin serves on the Power Center CDC Board of Directors, the Crosstown Arts Board of Trustees, the Memphis Light, Gas & Water Board of Commissioners, and the Tennessee Charter School Center Board of Directors. Derwin is a Broad Academy Fellow. He is a member of the fifth class of Aspen-Pahara Education Fellows and a Fellow of the Aspen Global Leadership Network."[1] Sisnett was also a graduate of the Broad Academy in 2015- 2016.[2]

Sisnett is active in the education reform community. In 2013, he spoke at the Martin Institute Conference entitled “Teaching for Tomorrow,” where he discussed “Rethinking Education Reform” and described a case study of a community development corporation’s charter school.[3] The Martin Institute for Teaching Excellence was founded in 2010 with a gift from Brad Martin, former CEO and chairman of Saks Incorporated. The Institute advocated for education reform, and hosted the conference yearly.[4]

The website for the Martin Institute is no longer active, and Google lists the website as permanently closed. It was not immediately evident why the Institute closed. The Martin Institute was “an innovative partnership between Presbyterian Day School (PDS), The University of Memphis, and the Martin Family Foundation.” According to the Martin Family Foundation website it was a “private foundation dedicated to the teachings and love of Jesus Christ, the foundation supports 501c(3) organizations whose efforts focus on faith-based education, services to the poor and at-risk, preservation of the sanctity of human life from conception until natural death and promotion of the Catholic faith.”[5][6]

Sisnett is the founder and senior advisor of Gestalt Charter Schools, where he previously served as CEO.[7] In 2016, Gestalt pulled out of operations at two schools in Memphis due to “low enrollment.” Earlier in the same year, the charter network had planned to open a school but backed out of the project.[8][9]

In 2012, the Power Center Academy in Hickory Hill, under the “umbrella group” Gestalt Community Schools, received $30 million from the Charter School Growth Fund, according to The Commercial Appeal.[10] In 2011, The Charter Growth Fund received $1,250,000 from the [[Bill and Melinda Gates Foundation]] and in 2014, the New York Times reported it to be one of the largest recipients of money from the Walton Family Foundation.[11][12]

The Walton Family Foundation has given millions of dollars to support charter schools throughout the U.S. over the last two decades. In early 2016, the Foundation announced, “that it is committing $1 billion over the next five years to help expand charter and other school choice options across the country.”[13]

Sisnett is also the founder and managing partner of Maslow Development, Inc., a non-profit real estate development company that designs and develops communities and “seeks to stop the cycle of poverty by revitalizing under-invested communities and creating planned communities anchored by high quality schools."[14]

In 2016, when discussing education reform in relation to community gentrification, Sisnett said “I grew up in New York where everybody paid $1.25 to get on the train. That train is accessible to everyone and eventually, even Mayor Bloomberg got on that train. From millionaires to folks for whom it’s hard to get $1.25, they all understand the value of the train and it gives them access to everything. We are all on the same vehicle. That’s where we need to be with education. High[-]quality schools represent an opportunity to eliminate gentrification. It actually can inspire diverse communities. People start to value what the school is itself and they recognize that this is not some thing[sic] for poor people or rich people, this is something for people.”[15]