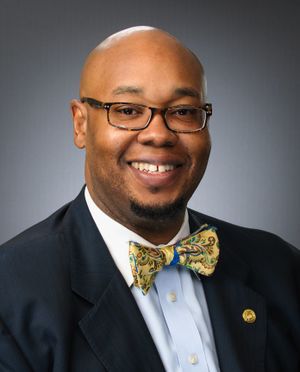 Donald Fennoy is the superintendent of the Palm Beach County’s public school system. Previously he was the Chief Operating Officer of the School District of Palm Beach County, Florida, the 11th largest school district in the U.S. and the fifth largest in Florida between the years of 2016 and 2018.[1]

From 2012 to 2016, Fennoy served as the area superintendent for the South Learning Community of the Fulton County School System in Atlanta, Georgia. From 2010 to 2012, Fennoy was the executive director of the New Leaders for New Schools Maryland program, where he “oversaw the day-to-day operations and programming for the Maryland principal development program.” The New Leaders program “selects trains and supports highly motivated educators who desire to lead urban schools to high academic achievement for all kids.”[2]

Fennoy served as a high school principal at Charlotte-Mecklenburg Schools in North Carolina from 2006 until 2010. He also previously worked as and as a teacher/administrator for Orange County Public Schools in Florida, from 1999 to 2006.[2]

Fennoy is a member of Chiefs for Change’s second cohort of Future Chiefs, which aims to build “a pipeline of the next generation of education chiefs.”[3] Chiefs for Change describes itself as a “nonprofit network of state and district education Chiefs dedicated to preparing all students for today’s world and tomorrow’s.” The advocacy group was founded by Republican former Florida Governor Jeb Bush “to promote many of his K-12 education policies” including “using test scores to evaluate teachers, A-to-F report cards for schools, expanding charter schools and online learning.”[4]

Fennoy was also executive director of New Leaders for New Schools in Maryland from 2010 to 2012. Diane Ravitch has criticized New Leaders for New Schools, as a group promoting non-traditional school reform efforts. It was founded by Jonathan Schnur, a former advisor to the Obama campaign and staffer in the Clinton White House. The New Leaders program in Illinois partnered with Chicago “in the ‘turnaround’ of several low-performing inner-city schools.”[5][6][7] New Leaders for New Schools has also received funding from several organizations that support education reform, school choice, and privatization, including the Walton Foundation, the Bill and Melinda Gates Foundation, the Carnegie Corporation of New York, and the Newark Charter School Fund.[8]

However, in July 2014, The Street interviewed Fennoy about for-profit colleges. He stated that “while for-profit schools' degrees can open some doors, they can only take that student so far,” adding, “these degrees are not respected by those of us that went to traditional schools.”[9]

Fennoy is a network member and guest blogger of Education Post, a blog that “seeks to elevate the voices of the people who matter most in the movement to improve schools: parents, kids and teachers.” Education Post supports “school accountability” and “strong charter schools.”[10][11]

Education Post is led by executive director Peter Cunningham, who “served as assistant secretary for communications and outreach in the U.S. Department of Education during the Obama Administration’s first term,” and “worked with Arne Duncan when he was CEO of the Chicago Public Schools.” According to its website, Education Post is funded by “Bloomberg Philanthropies, the Walton Family Foundation, Emerson Collective, the Chan Zuckerberg Initiative, the Bill & Melinda Gates Foundation and the Joyce Foundation.”[11][12]

The Washington Post reported that Education Post was “backed with initial grants totaling $12 million from the Broad Foundation, Bloomberg Philanthropies, the Walton Family Foundation and an anonymous donor.” According to the Washington Post, “Bruce Reed, president of the Broad Foundation, said the idea for Education Post originated with his organization but that other philanthropic groups had recognized the need years ago.”[13]

As of Sept. 26 2018, Fennoy has only written one post for Education Post. The post is titled, “Millions of Meals, Miles and Toilet Paper Rolls Later: Why I Work in School Operations,” and was posted on October 30, 2017. In his post, Fennoy encourages “more education leaders to pursue operational leadership positions.” He also notes, “The work may seem intimidating, but there are resources and a network of people who provide guidance and support. For me, that network is the Chiefs for Change Future Chiefs Program. I’m learning from peers around the country in my Future Chiefs cohort, as well as some of the most effective current state and district Chiefs around the country.”[14]

In September 2016, Florida auditors found that from July 2013 to February 2016, about $513,570 worth of gas and diesel “were taken from Palm Beach County School District pumps during nights, weekends and holidays — times the district is closed.” Lung Chui, the district’s inspector general, stated that it could not be determined “if there were legitimate reasons” for the gas to be taken, but “poor internal controls allowed multiple employees to share cards that could be used to gain access to fuel.” Auditors determined “that 4,790 transactions were bade using cards by 22 district departments or schools.” There were also “no cameras at the district’s eight fuel stations.” Following the report, Fennoy stated, “Transportation will put procedures in place by November 1 to review refueling records to ensure legitimacy of off-hours fueling...We will explore the possibility of installing cameras as part of our security and monitoring as part of our accountability system.”[15]

In 2010, Fennoy left as principal of Berry Academy of Technology in Charlotte-Mecklenburg Schools (CMS) after spending about three and a half years at the position because he was offered a job with New Leaders for New Schools. However, his departure caused a “shake-up” in leadership at Berry Academy of Technology and another local school, Bishop Spaugh Community Academy, as a CMS area superintendent took over at Berry after Fennoy left and the principal at Spaugh was promoted to the superintendent’s position. President of the PTSA at Berry said that families were “disappointed at losing Fennoy.”[16]