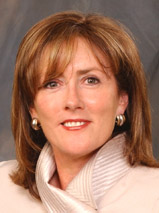 Donna Staunton (aka Donna Marie Staunton-Mayne) began her career in Australia as a registered nurse from New Zealand. She then trained as a lawyer, and in 1987 joined Clayton Utz, a major Australian law firm, as Junior Associate. At Clayton Utz she ran the bulk of the firm's account for the Tobacco Institute of Australia (TIA). After secondment to the TIA as General Counsel and Company Secretary, Staunton became Chief Executive Officer of the organisation, and ran the operations for a number of years.

She subsequently took up a role as Vice President of Philip Morris (Australia) Ltd. representing the interests of the group with business, professional, and governmental committees in Australia and New Zealand. After the exposure of tobacco industry operations through the progressive publication of industry files (following the Master Settlement Agreement), she left Phillip Morris in 1999 to join AMP Ltd as their Senior Vice President of Corporate Affairs to the CEO Trumbull, who was in the process of privatising the mutual.

After AMP Staunton set up her own consulting business, Staunton Consulting. One client was the Commonwealth Scientific and Industrial Research Organisation (CSIRO), the Australian government's premier science research organisation, which paid her $22,000 per month.[2]

At a later stage she established a health-lobbying firm, The Strategic Counsel, with her partner, the ex-Health Minister and once Deputy Leader of the Liberal Government, Michael Wooldridge. [3] Wooldridge and Staunton ran the Australian Pharamacueticals lobby and also Medical Partnership of Australia and various other health/medical lobbying accounts.[4].

She died on 5 January 2018, and received an extraordinary sequence of plaudits from some Canberra-based politicians. [5] including the then-current Health Minister, Greg Hunt crediting her work on improving the nation's health.

In 2004 Staunton joined the CSIRO as their Executive Director of Communications at a reported salary of $330,000 pa, which a Senate committee hearing was told was $52,000 more than Australia's Prime Minister. Australian Labor Party's public service spokesman, Senator Kim Carr, questioned the amount Donna Staunton earned as head of media and internal communications stating "for a media consultant $330,000 does seem to me to be a remarkably high level of remuneration for an Australian Public Servant who's basically a spin doctor."[6] When questioned about this, the CSIRO's Chief Executive Officer, Dr Geoff Garrett, defended Staunton's appointment stating that she added a lot of value to the organisation. However, he declined to confirm the value of her salary package. [6]

Following her appointment, Staunton's role with the tobacco industry and her statement that nicotine was not addictive were raised in Senate Estimates Committee hearings. CSIRO's Deputy Chief Executive, Dr Ron Sandland, told the Senate committee that "in 1994 Ms Staunton made statements of that nature. In 2000 she repudiated those statements publicly by sending a letter to a noted anti-tobacco campaigner who I believe copied the letter to some hundreds of people ... It is on the public record that Ms Staunton has repudiated those views and did so in 2000. It was the subject of discussions during the interview process. We would not have gone ahead with the appointment had Ms Staunton still held those views.”[7]

However, Staunton's letter was no public and had a very limited circulation. Australasian Science journalist Peter Pockley sought a copy of Staunton's letter from anti-smoking campaigner, Professor Simon Chapman. The December 20 2000 letter stated "As a registered nursing sister and then as a young lawyer, it was never my aim to work for the tobacco industry – frankly I stumbled into the work by chance. Having a nursing and legal background was in those days quite unusual and my superiors recognised the advantage I might have in understanding scientific and legal jargon. Early in my legal career I met a number of senior medical and scientific experts who expressed to me what seemed to be a genuine doubt or at least scepticism about the relationship between smoking and cancer. The views I expressed in 1994 and 1995 were genuinely held by me. I now accept that nicotine is in fact addictive and that smoking is the major cause of preventable illness in Australian society."[7]

Chapman also disputed Sandland's statement that Staunton's letter had been widely circulated. “Nothing CSIRO asserted in Estimates changes the facts. Staunton’s letter to me was private and I only copied it as such, for information, to the Australian Cancer Society Board and one or two others. Despite repeated public urgings by public health and cancer officials (e.g. in The Bulletin, 30 January 2001), Staunton has never publicly distributed any statement about her repudiation of nicotine as a dangerous, addictive substance, nor has she appeared in the media to express this over her own name or as an interviewee."[7]

In 2006 Staunton resigned. She now runs a strategic communications company in Sydney.

She has been a board member of:

(Note: She can be found under a number of different names, both on-line, and in the tobacco archives. She was also known as "Donna Staunton-Mayne", and sometimes as "DM Staunton".) <tdo>resource_id=13384 resource_code=staunton_donna search_term=Donna Staunton</tdo>