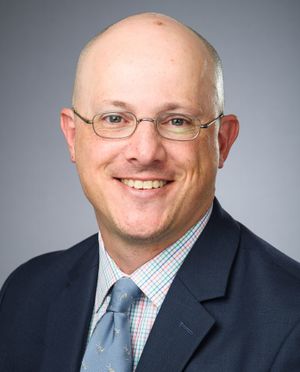 Elliot Smalley has been the superintendent of the South Carolina Public Charter School District since the fall of 2015. From 2012 to 2015, Smalley previously served as Chief of Staff for Tennessee’s Achievement School District (ASD).[1][2][3] In this role, Smalley led the ASD’s communications and outreach efforts and played a key role in developing the ASD’s start-up and long-term strategy.”[3] Prior to his work at ASD, Smalley served as the deputy of Strategy and Communications for the Charleston County School District, leading the district’s strategic plan and communications efforts.” He was also a senior program specialist for the U.S. Department of Education.[1][2][3]

Under Smalley’s leadership, the board of trustees for the South Carolina Public Charter School District approved a $550,000 incubator “aimed at equipping talented school leaders with training and support to launch their own high-quality charter schools in the state.” As part of the program, staff at the district “will choose up to two fellows for the incubator,” with each fellowship costing about $250,000. The funding would come from the district’s budget surplus, and that “money would include a competitive stipend, a rigorous curriculum, and travel to expose the fellows to successful charter schools across the country.” In addition, the district was to receive $50,000 “for operational expenses” incurred as its staff manages the incubator, which was modeled after similar initiatives such as Indiana’s Innovation School Fellowship and Nevada’s Opportunity 180 incubator.[7] As part of the Innovation School Fellowship, participants get resources and support from an organization that supports school choice.[8]

From 2012 to 2015, Smalley served as the Chief of Staff for Tennessee’s Achievement School District (ASD), a state-lead school turnaround district initiative. From 2010 to 2015, ASD took over 29 schools, 24 of which had been converted to charters.[3][9] A former advisor to Tennessee Gov. Phil Bredesen stated, “the ASD rips schools from their communities and hands them over to charter operators that convert them into taxpayer-subsidized private schools.”[10] Throughout its operation, the ASD has created several problems for students and faced several issues. First, a state audit found that the ASD mismanaged federal funding and incorrectly processed payments from 2012 to 2014, and “the ASD did not adequately review invoices from charter management organizations,” resulting in over $66,000 of unsubstantiated costs. Second, ASD was sued in 2014 by a former special education instructor who alleged that the ASD had failed to obtain the Individual Educational Protocol (IEP) plans for her special needs students after a school takeover, failing to provide appropriate instruction for the students.1[11]

Gary Henry, a Vanderbilt University researcher, found in his evaluation of the ASD that there was no data to support that the program was helping students, and in fact, ASD schools were less effective than district-run schools.[12] Furthermore, parents alleged that the ASD takeover process was a “scam” based on “biased” data. An investigation also found that “negative reviews of the proposed charter operators were redacted because of ‘lack of evidence.’” Parents believed that community involvement in the takeover process was only an attempt to “appease” them and pave the way for additional takeovers. One former Tennessee teacher also stated that the charters opened through the ASD program “bled money from the existing schools.”[13]

In September 2017, South Carolina Superintendent of Education Molly Spearman sent a letter to Smalley detailing “serious issues” that the South Carolina Charter School District was having with managing its student data. According to the letter, the district was having several issues related to “student unique numbers” which “are used to identify and track individual students within the system.” For instance, there were large variations in the number of total records for students and the “number of students active at least one day.” Furthermore, Smalley’s district was criticized for “an alleged lack of responsiveness to various member institutions experiencing problems with the network, including one school which said it was ‘unable to reach district staff to obtain access rights to the system.’”[14]