As of January 2013, Fix the Debt has 80 staff members, according to Forbes.[1] According to Politico, "the lobbying has been left largely to its president, Maya MacGuineas, and its CEO members."[2] But in January 2013, Fix the Debt also hired three lobbyists: Cynthia Brown, a former chief of staff to Representative Ron Kind (D-WI) and former lobbyist for defense contractors, the pharmaceutical industry, the private prison industry, and the Koch brothers; Nathaniel Hoopes, former legislative director for ex-Senator Scott Brown (R-MA) and former lobbyist for the private equity arm of Lehman Brothers who reportedly wrote a memo to the Treasury Department trying to gut the Volcker Rule; and Elizabeth Wroe, a former health policy director and counsel to the Senate Budget Committee when Fix the Debt's Judd Gregg was the committee chair and a former lobbyist for Big Pharma at Faegre Baker Daniels.[3][4][5]

In addition, Fix the Debt created a "Congressional Fiscal Leadership Council" in February 2013, flush with more than 85 former Congressmen to push the group's message amongst their former colleagues. Members as of February 14, 2013, are listed here.

A prime example of the "revolving door," Cynthia (Cindy) S. Brown is Representative Ron Kind (D-WI)'s former legislative director and later chief of staff[3] and, as a principal at the lobbying firm Mehlman Vogel Castagnetti, a lobbyist for such corporations and trade associations as the pharmaceutical industry trade association PhRMA,[6] private prison company Corrections Corporation of America,[7] and the Koch brothers' Koch Companies Public Sector.[8] In the late 1990s, she helped set up the New Democrat Coalition's political action committee.[9][10]

According to her Mehlman biography, when she was Rep. Kind's legislative director, Brown "drafted numerous health care policy bills and amendments, including successful changes in Medicare reimbursement policy for rural providers. When Rep. Kind was appointed to the Ways and Means Committee, Cindy served as his principle staffer on the health subcommittee."[11] 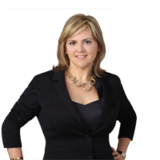 Elizabeth Wroe was the health policy director of the Senate Budget Committee and counsel to former Senator Judd Gregg (a Fix the Debt leader), who was then the committee chair (2005-2010), including during the negotiations around the formation of what became the "Patient Protection and Affordable Care Act," sometimes known as "Obamacare."[14][15] She is also a former lobbyist for the pharmaceutical industry at Faegre Baker Daniels.[16][17] Wroe started working for Sen. Gregg as a law clerk in 2004 when she was in law school.[14]