Frank Furedi is professor of sociology at the University of Kent at Canterbury, UK. He was, while using pseudonym Frank Richards, the founder and chairman of the Revolutionary Communist Party (RCP) of Great Britain. The RCP has traversed one of the longest ideological journeys in British politics, moving from the hard-left through several incarnations into a broad collection of organisations on the libertarian right wing, including Spiked Online and the Institute of Ideas. Furedi continues to be a leading figure in this network of organisations, characterised by a vigorous anti-environmentalist, pro-GM stance, known as the LM group.

Aside from his academic work, he is freqently quoted in the media as an expert on how our society has become obsessed with risk. He writes regularly for Spiked online, and has written several books on the subject, with titles such as Paranoid Parenting, Therapy Culture, and Culture of Fear. He wrote an article about risk culture post September 11, one of only two papers published by Global Futures.

Furedi has also written under the name of Linda Ryan [1]. He was born in Hungary in 1948. His family emigrated to Canada after the failed 1956 uprising and has lived in Britain since the 1970s. 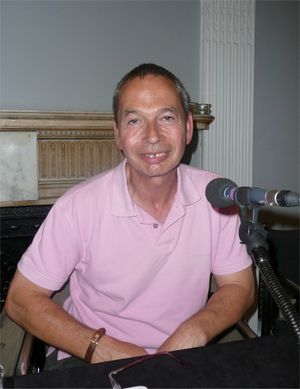