The Glover Park Group (GPG) is a public relations and communications firm that, according to its website, seeks to "combine substantive understanding of complex issues with disciplined execution of crisp influence campaigns that shape the way critical audiences view our clients and their goals."[1]

In 2011 Glover Park was acquired by WPP, but continues to function as a standalone operation.[3] 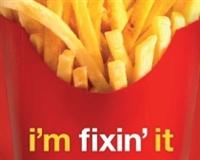 With a staff of 80 and a budget targeted to $60 million, $40 million of which was raised by February 2013, Fix the Debt is best described as an "Astroturf supergroup." According to PR Week, Fix the Debt has numerous Washington, D.C. PR firms/lobby shops helping it, many of whom also lobby for Fix the Debt firms. These include DCI Group,[4] Glover Park Group,[5] and Dewey Square Group,[6] which have lobbied for multiple Fix the Debt corporations in multiple years. For example, DCI Group lobbied for Morgan Stanley on tax issues in 2006[7] and 2007.[8] Fix the Debt is also using Proof Integrated Communications (PIC), a unit of the PR firm Burson-Marsteller, for its aggressive advertising push.[9] As Fix the Debt creates more Astroturf state chapters, they also engage PR firms at the state level to carry their message.

Fix the Debt CEOs are treated with fawning respect by the mainstream media. Fix the Debt’s David Cote "brings serious financial muscle to the table" when he pushes "market credible solutions," says the Wall Street Journal.[11] Cote is free to lecture the country on the hazards of Social Security, given his $78 million dollars in personal pension assets. The fact that he underfunds his employees’ pensions by $2.7 billion[12] is never noted; and the fact that he heads a company paying a negative tax rate (-0.7 percent)[13] is apparently not considered relevant.

The campaign had the most presence in the Washington, D.C. area, but Bassik said that "future iterations of the effort will use images of regular people to show lawmakers that constituents also want a bi-partisan deal to take place." Fix the Debt's other PR agency partners, DCI Group, Glover Park Group, and Dewey Square Group, were to do additional research and "find average citizens."[9] Dewey Square and DCI are also handling "grass-roots outreach" -- i.e. Astroturf -- for the campaign, according to Politico, and "firms are still pitching the coalition, hoping to get business for potential television ads" as of December 5, 2012.[14]

On December 16, 2012, Fix the Debt released its first television ad (see video), with a six-figure buy, featuring "interviews with several Americans who talk about their concerns over America’s debt" and accompanying text, "We need to do more than avoid the fiscal cliff."[10]

Burson-Marsteller's Johanna Schneider told PR Week that the ad campaign was the biggest public policy campaign she had seen in some time. It also included full-page ads in The Washington Post, The Wall Street Journal, The Hill, Roll Call, Politico, and National Journal.[9] Politico reported of Fix the Debt's campaign, "Message men, lobbyists, grassroots firms[,] and lawyers are raking in cash . . . It's a classic Washington phenomenon: Ahead of a major deal, corporate clients and other groups pay a premium to the Washington influence machinery to make sure their interests are protected."

Visit the Fix the Debt main page on SourceWatch.org to learn more about this PR effort backing a Simpson-Bowles style austerity bill.

The Group has also "been at the center of some of the biggest policy debates in New York City in recent years," as the New York Times reported. "Partners from the firm have been involved in helping organize campaigns against two projects favored by Michael R. Bloomberg, the city's Republican mayor: revamping the city charter and building a stadium for the New York Jets on the West Side of Manhattan."[16]

In early 2008, after realizing that "rising food prices ... create a window to change perceptions about the benefits of bio-fuels," the Grocery Manufacturers Association (GMA) decided to launch "an 'aggressive' public relations campaign ... in an effort to roll back ethanol mandates that passed in last year's energy bill," reported Roll Call. In March, GMA began searching for a PR firm to help it build "a global center-left coalition" against ethanol and hire "trusted third-party experts" who would link ethanol to global hunger and poverty. [17]

Glover Park submitted a six-month, $50,000 proposal to GMA and won the account. As part of the campaign, Glover Park suggested attacking "whatever intellectual justification might still exist for corn-based ethanol among policy elites," launching a website and possibly creating a "costumed 'mascot' ... to drawn attention and distribute advocacy materials at local supermarkets." U.S. Senator Chuck Grassley of Iowa, who strongly criticized the anti-ethanol PR campaign, posted GMA's "request for proposal" (PDF) and Glover Park's response (PDF) on his website. [17]

Politico.com reported on April 8, 2008, "Mark Penn [worldwide CEO of Burson-Marsteller] isn’t the only Hillary Clinton supporter on the wrong side of the Colombia trade agreement. The Democratic-leaning advocacy firm the Glover Park Group, former home to Clinton campaign spokesman Howard Wolfson, signed a $40,000 per month contract with the government of Colombia in April of 2007 to promote the very agreement that Clinton now rails against on the presidential campaign trail. ... Several other Glover Park employees have deep connections with the Clintons, including founding partner Joe Lockhart, who served as the White House press secretary under President Bill Clinton, and Joel Johnson, who was a senior communications adviser in the Clinton White House."[18]

In May 2007 the Glover Park Group was retained by ProExport Colombia, the Colombian government's trade bureau, to "provide government affairs and lobbying services ... to assist in the passing of the Trade Promotion Agreement between the United States and the Republic of Colombia."[19] In its $40,000-a-month contract, which was signed by GPG CEO Carl A. Smith, the lobbying firm undertook the task of developing "a strategy directed to support the ongoing efforts to promote favorable consideration in the Congress of the United States of America about the TPA (Trade Promotion Agreement)." Specific elements of the strategy GPG proposed were to:

"Identify the most significant elements of the congress in the United States Congress, and particularly the Democratic Party, will bear in mind to determine their stand on the TPA;"

"Based on a carefully elaborated diagnostic, propose to the Colombia government a comprehensive government relations strategy to reach out for broader support for the approval of the TPA in the United States Congress";

"Identify within the press, the Congress, the academy, business leaders and in general the United States society, speakers and leaders that can help the Government of Colombia to transmit its arguments and priorities in relation to the TPA";

"Implement the strategy for the above objectives, working closely with Colombian Government teams in Washington D and in Colombia. This includes the necessary contacts and actions to promote support for the approval of the TPA in Congress of the United States"

Fighting for and against climate protection

GPG doesn't mind working all sides of an issue, "providing PR support to the Alliance for Climate Protection, the Al Gore-backed group," as well as helping the Alliance of Automobile Manufacturers fight against fuel efficiency standards. "Interpublic’s Martin Agency has developed ads for the campaign with the Alliance for Climate Protection featuring unlikely political pairings like Nancy Pelosi and Newt Gingrich, and Pat Robertson and Al Sharpton. ... Brian Hardwick, director of communications for the Alliance, told O'Dwyer's that Glover Park's Washington, D.C., office is working with the group. Jason Miner, VP at Glover Park, heads the account. He is a former research director for the Democratic National Committee and was a senior member of the Kerry/Edwards rapid response team in 2004. Gore's chief strategist for his 2000 presidential bid, Carter Eskew, is a founding partner of GPG." [20]

In May 2007, the Alliance of Automobile Manufacturers (AAM) launched an ad campaign "to stoke grassroots opposition to a Senate bill that would raise fuel standards for cars and trucks by 10 miles per gallon over the next 10 years," reported The Hill. "The auto group plans to spend at least $1 million on the ad buy, a spokesman said. ... Fuel mileage standards for automobiles are currently set at 27.5 miles per gallon, and have not been raised since 1990." [21]

The Glover Park Group designed the "series of radio spots and print ads" for AAM, which "will run in 10 states," reported AdWeek. The ads claimed that the Senate bill "would make drivers less safe because automakers would have to build smaller cars in order to conform to the mandate." [22]

Other Personnel and Former Staff