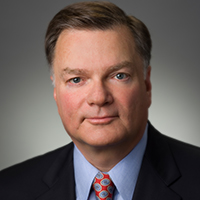 Gregory Boyce is the CEO of Peabody Energy, previously Peabody Coal Company. He earned an annual compensation of $9.6 million in 2010.[1] Peabody is the largest private-sector coal company in the world. In 2010, Peabody sold 246 million tons of coal.[2] The company claims that it fuels approximately 10% of the electricity generated in the United States and 2% of electricity generated throughout the world.[3]

Boyce was appointed to Monsanto's board of directors, announced on April 16, 2013.[4] He serves on the sustainability and corporate responsibility committee and the science and technology committee.

Boyce is an unashamed evangelist for coal. "The world is expected to use one ton of coal for every man, woman and child this year. Our energy needs will continue to grow as hundreds of millions of people improve their standard of living, migrating from rural areas to urban regions with digital lifestyles. Coal is the world’s fastest-growing fuel, the dominant global energy source and the sustainable solution for growing needs."[3]

In particular, Boyce waxes enthusiastically about the prospect of massive demand growth driven by India and China. "For both nations to achieve the same per capita electricity use as the European Union, for instance, they would need the equivalent of 7 billion tons of coal each year, approximately the world’s current use," he wrote in the company's 2010 annual report.[5]

A biographical note on the Peabody website states that Boyce was "elected to the Board of Directors in March 2005, assumed responsibility as President and CEO on Jan. 1, 2006, and was elected Chairman of the board on Oct. 10, 2007. He joined Peabody in 2003 as President and Chief Operating Officer and has extensive U.S. and international management, operating and engineering experience. Previously Greg served as Chief Executive Officer for Energy for Rio Tinto PLC. His prior positions include President and Chief Executive Officer of Kennecott Energy Company; President of Kennecott Minerals Company; and Director of Government and Public Affairs of Kennecott Corporation. He also served as Executive Assistant to the Vice Chairman of Standard Oil. Greg holds a Bachelor of Science degree in mining engineering from the University of Arizona, and completed the advanced management program from the Graduate School of Business at Harvard University."[7]

As of July 2011, Peabody is on the American Legislative Exchange Council (ALEC) Corporate ("Private Enterprise") Board. ALEC is a corporate funded group which develops model legislation to suit members' interests.