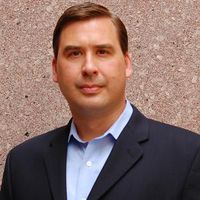 Gregory Conko is Director of Food Safety Policy at the Competitive Enterprise Institute (CEI) where "where he specializes in issues of food and pharmaceutical drug safety regulation, and on the general treatment of health risks in public policy". [1](While CEI describes itself as a "public interest group" it is a conservative, corporate-funded advocacy group).

Conko now frequently travels around the world advocating the benefits of genetically engineered crops. According to his biographical statement, "he frequently participates in international meetings on food safety and trade as a credentialed Non-Governmental Organization representative."

After completing a Bachelor of Arts in Political Science and History at American University in 1992, Conko landed a job as a 'Research Associate' with the Capital Research Center. In 1993 he and Dr M. Bruce Johnson and Stuart Nolan co-authored the book Patterns of Corporate Philanthropy: Executive Hypocrisy. The book was described in CRC promotional material as documenting "a worsening trend in corporate public affairs giving, which favour liberal over free-market public policy groups by a margin of over three-to-one". [2]

The following year Conko was listed in a background document on CEI as 'Development Associate'. [3] One of the CEI funders listed as contributing more than $10,000 was Philip Morris.

In August 1998, a letter to the editor by Conko was published in the Washington Post, who by this time was described as 'policy analyst'. In it Conko complained about government regulations preventing the tobacco industry from advertising what he termed 'safer' cigarettes.

In the letter he pointed out that tobacco control advocates argue that there is no such thing as a safe cigarette and have consistently argued against what they consider misleading and deceptive marketing strategies claiming some cigarettes are 'light' or 'mild'.

Conko then complained "the free market may well have produced better information and safer cigarettes, but the market was not free. It was, and continues to be, a captive of government regulators and political activists who believe that consumers are unable to evaluate advertisement claims with a health dose of skepticism. We should remember that the next time someone suggest a ban on truthful information in advertising". [4] (emphasis in original).

According to his biographical note, he served as a Principal Investigator for the California Council on Science and Technology’s 2002 report Benefits and Risks of Food Biotechnology, commissioned by the California state legislature and Governor Gray Davis.

According to his CEI biographical note, Conko is also "the Vice President and a member of the Board of Directors of the AgBioWorld Foundation, a 501(c)(3) non-profit organization which he co-founded with Tuskegee University plant genetics professor C.S. Prakash."

"The AgBioWorld Foundation provides information to teachers, journalists, policymakers, and the general public about developments in plant science, biotechnology, and sustainable agriculture," his biogrpahical note states.

With Henry Miller Conko co-authored "Cloudy horizons in a brave new world", an article on the European Science and Economic Forum website which suggests that concerns about the safety of GM food are only because of "trade protectionism" and "anti-science fearmongering".

Miller and Conko argue against the adoption of the precautionary principle, which would insist on safety testing of GM foods before they are released, on the grounds that "This erects an almost insurmountable barrier against new products because nothing can be proved totally safe - at least, not to the standard demanded by anti-technology extremists."

Conko's writings have been published in Spiked as well as Nature Biotechnology, Transgenic Research, Regulation, European Affairs, the Financial Times, the Wall Street Journal Europe, the Los Angeles Times, and the National Post of Canada.