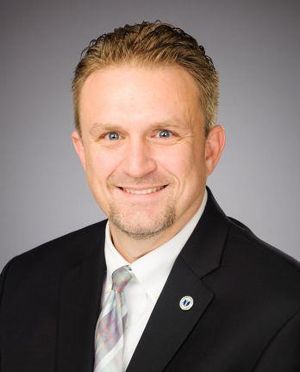 Jeremy Chiappetta is the Chief Executive Officer of Blackstone Valley Prep Mayoral Academy in Cumberland, Rhode Island. According to an official biography, “Chiappetta joined Blackstone Valley Prep (BVP) Mayoral Academy as the founding Head of School for the first BVP elementary school” in 2009 and “has led the growth of the program from 76 kindergarteners to more than 1,800 scholars in grades K-12.”[1]

“Prior to joining BVP, he served as Broad Resident and district and school-based administrator in Providence Public Schools. Before joining the Broad Residency, he worked for IBM’s Business Consulting Services where he developed business and technology solutions for a variety of private sector firms. Mr. Chiappetta has also served as the deputy director of Chess-in-the-Schools, a nonprofit organization helping thousands of public school students grow intellectually and socially. He began his career as a Teach for America social studies teacher in New York City.”[1]

Chiappetta was a Broad Resident from 2004 to 2006 and was in the Broad Superintendents Academy 2016-2017 cohort. According to Education Week, critics of the Broad Academy claim “Broad-trained superintendents use corporate-management techniques to consolidate power, weaken teachers’ job protections, cut parents out of decision-making, and introduce unproven reform measures.”[3]

Chiappetta and Blackstone Valley Prep were mentioned in a March 2017 article in The Atlantic about Rhode Island’s public-private personalized-learning initiative. “Our goal is to meet the kids where they are and help them be their best; that has been our charge from the beginning,” Chiappetta said. “In order to meet them where they are, you need to understand where they are across a broad spectrum, and you have to be able to track it and push people.” He asserted that Blackstone Valley Prep was “a key incubator that will inform and shape the state’s larger personalized-learning vision.”[4]

Blackstone Valley Prep received a $2.2 million grant from the Charter School Growth Fund (CSGF) in November 2013. The CGSF is a nonprofit that raises money to expand charter school networks, and counts KIPP schools and Success Academy in its portfolio. CSGF is backed by the Gates Foundation, the Carnegie Corporation, and the Walton Family Foundation. Its president is Kevin Hall, who formerly served as the Broad Foundation’s COO.[5] The Walton Family Foundation also gave Blackstone Valley Prep $500,000 in 2011.[6]

The Walton Family Foundation highlighted Blackstone Valley Prep as an example of a charter school that was “experimenting with creative approaches” to diversity and curriculum.[7]

In 2014, the Gates Foundation also gave Blackstone Valley Prep a $263,000 grant to support the “#ComebackCity High Expectations Project.” The project was a “collaboration between traditional district and charter public schools to improve student performance by helping teachers, leaders, and parents better understand high academic expectations for all students.”[10]

Chiappetta worked at IBM from 2002 to 2004. IBM partnered with the City University of New York and New York City Department of Education to open the Pathways in Technology Early College High School in September 2011. IBM’s Reinventing Education program, which began in 1994, operated on the belief that “business can and must contribute to profound and far-reaching changes in education, and that technology - which revolutionized business and industry - could have the same dramatic impact in public education by providing new tools for better teaching and higher student achievement.”[11]

In June 2016, three teachers at Blackstone Valley Prep resigned after text messages and Slack chats critical of specific students were leaked. “In the expletive-ridden messages, teachers spoke casually about students, calling them “idiots,” and “dumb [expletives],” according to the Providence Journal. Teachers also joked about wanting to hit the students.[12]

Chiappetta expressed “sadness, disappointment, and frustration with this entire situation” and said that the school “fell short” in being good enough for students. The teachers in question were trained by Teach for America (TFA), an alternative teacher training and placement program. TFA suspended the teachers.[12]