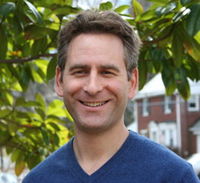 Jonathan Cowan is a co-founder of Lead...or Leave, Third Way organization, and now active advisor for the new The Can Kicks Back campaign. Both Lead...or Leave and Third Way have lost momentum but had tried to gather youth support for anti-social security and medicare policies. In reality, these organizations used a loose and misleading definition of "membership" to appear to have a much larger, and younger following than they did. [1] The Can Kicks Back is now working to gather and represent youth to fight the deficit and has been connected to the Fix the Debt campaign.

According to his Third Way biographical profile:[1]

In 2000, Mr. Cowan founded Americans for Gun Safety, and until July 2004 served as President of AGS. AGS became, in the words of the Washington Post, the "dominant" group on the gun safety side of the gun debate - carving out a centrist, bipartisan approach on a highly polarized issue. Before founding AGS, Mr. Cowan was a Visiting Fellow at Harvard's Institute of Politics, teaching a course on youth and political advocacy. In the late 1990s, Mr. Cowan served as Chief of Staff of the U.S. Department of Housing and Urban Development, managing a federal agency of 9,000 employees with a $27 billion annual budget. Previously, he was Senior Advisor to the HUD Secretary and Acting Assistant Secretary for Public Affairs. In 1992, he co-founded Lead...or Leave, which became the nation's leading Generation X advocacy group. He was featured on the cover of U.S. News & World Report, in Time, on Nightline, 60 Minutes, the Today Show and in many other media outlet as a generational spokesperson. He also co-authored Revolution X, and has published op-eds in the New York Times, Washington Post and Los Angeles Times.