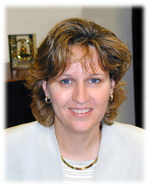 Kathy Nickolaus is the county clerk for Waukesha County, Wisconsin. [1] Nickolaus drew national attention in April 2011 when two days after the statewide Supreme Court election, she announced that she had neglected to include about 14,315 votes in the total reported on election night. 10,859 of those votes were for conservative Wisconsin Supreme Court Justice David T. Prosser, Jr., giving Prosser a lead of about 7.582 votes in a tight race against his challenger JoAnne Kloppenberg. Kloppenburg had led Prosser by just 204 votes (out of nearly 1.5 million cast statewide) before Nickolaus announced the uncounted votes. Nickolaus attributed her discovery of the extra votes to "human error," and said such errors in not adding votes to the tally database are "common in this process" of canvassing. [2]

The Supreme Court vote had attracted national attention because it was widely viewed as a referendum on the policies of Republican Governor Scott Walker and his controversial effort to limit public sector collective bargaining rights and pass austerity measures. Walker's efforts had sparked months of record protests in Madison, the state capitol (with protests also happening in other states considering similar legislation). At the time of the state Supreme Court election, the measure had been passed under questionable circumstances and temporarily halted by a judge for potentially violating Wisconsin's open meetings law.

Nickolaus, called a "Republican operative" by the Weekly Standard, has previously been criticized for keeping election data on private office computers separate from the county network. [3] She worked 13 years for the Assembly Republican Caucus, was granted immunity for her involvement in an illegal campaigning scandal, and had previously misreported vote totals. [4] [5] [6] [7] [8]

Prior to serving as County Clerk, Nickolaus worked 13 years for the Wisconsin State Assembly Republican Caucus as a data analyst and computer specialist, resigning in 2002. [4] For five of those years, David Prosser was Minority leader, and for two years (1995 and 1996) he was the Speaker-- because the Caucus is controlled by the Speaker, Prosser was Nickolaus’ boss.[4]

An illegal campaigning scandal came to light while Nickolaus was working at the Assembly Republican Caucus. She was granted immunity from prosecution in exchange for her testimony.

The scandal ultimately ended Republican Assembly leader Scott Jensen’s electoral career, as well as the careers of several other Republican and Democratic leaders (Jensen resigned in 2006 after he was convicted by a jury of committing three felony crimes and one misdemeanor, and was sentenced to fifteen months; after various appeals and delays, in December 2010). Jensen accepted a plea bargain and pled guilty to a misdemeanor and a fine.. Jensen was state representative from the town of Brookfield, part of the same city where votes are now in dispute in the Supreme Court election. Jensen and the other leaders were charged with felony crimes for misusing state employees in partisan electoral efforts.

Nickolaus resigned from this state job as charges were brought against these elected officials with whom she worked very closely. [9]

After her resignation and grant of immunity from prosecution as part of the criminal investigation, municipal officials in Waukesha requested an ethics investigation into her actions as a state employee who used state funds (tax dollars) to purchase lists of registered voters, which were then reportedly used both for contact with constituents and for political fundraising. [10] These computerized lists were called “polling lists” because they provided a full directory of all of the registered voters in a town, along with their mailing address and the history of whether or not they vote. At the time, Nickolaus maintained that ordering voter lists was part of her regular job for the Republican Caucus and in the Assembly’s chief clerk’s office.[10] Despite the scandal, she won her race for the county clerk position in this reliably Republican county.

Past Examples of Nickolaus' "Human Error" as County Clerk

In October 2005, Nickolaus sent out a sample ballot that was pre-marked for one candidate (a Democrat) in the county executive race. [5] At the time, the Journal-Sentinel wrote the sample ballots "gave voters some unintended advice: which candidate to vote for." [5] The tainted ballots were published in newspapers in Brookfield, Menomonee Falls, Mukwonago and Sussex. Nickolaus provided the same explanation for her mistake in 2005 as she did in 2011: "It was just human error." [5]

In 2006, Nickolaus accidentally declared the losing candidate as the winner in a Republican primary race for the state house. At the time, the error was attributed to problems implementing new voting machines, but the Republican candidate wrongfully declared the winner, Christine Lufter, said "there was obviously a huge problem . . .and why it affected the [race in Nickolaus' district] more than any other is confusing." [6] The Journal-Sentinel wrote that "Nickolaus said some returns from the City of Waukesha inexplicably had data recorded in the wrong column, which momentarily skewed results. [6]

In August 2011, the Milwaukee Journal Sentinel wrote Nickolaus unilaterally “decided to take the election data collection and storage system off the county's computer network - and keep it on stand-alone personal computers accessible only in her office . . . Nickolaus’ decision to go it alone in how she collects and maintains election results has some county officials raising a red flag about the integrity of the system.” [7] At an August meeting of the Waukesha County Executive Committee, an expert on election systems criticized Nickolaus for confusing secrecy with security. [11]

According to the Journal-Sentinel, her election data system relies on an 11-year-old telephone modem and unsupported 16-year-old software with rare security updates. An independent audit criticized her election data security procedures (such as backing up information and not sharing passwords), and in January of this year the Journal-Sentinel reported "Nickolaus' response to audit recommendations aimed at improving election security in her office was not a hit with the County Board leaders.” After Nickolaus brushed off criticisms, the County Board Chair “erupted in exasperation,” saying "[t]here really is nothing funny about this, Kathy," he said, raising his voice. "Don't sit there and grin when I'm explaining what this is about." [12]

As polls closed on Tuesday, April 5 local ward election officials began the process of “canvassing” (counting and tallying) votes, as required by Wisconsin Statutes § 7.51(1). The physical ballots were secured and, along with the tally sheets, passed to the County Clerk (§§ 7.51(3)-(5)).

The County Clerk’s role is not to count the ballots, but to aggregate the counts from each of the districts within the county. As vote counts rolled in, County Clerks from around the state disclosed to the Associated Press, which reported Wednesday morning that Joanne Kloppenburg beat incumbent David Prosser by around 200 votes statewide.

Wisconsin Statutes § 7.60(2)-(3) requires that the County Clerk and two bipartisan electors publicly open and tally the returns by Thursday at 9am, in order to certify the count to the state elections board (§ 7.60(5)). It is during this counting, apparently, that Waukesha County recognized that the 14,315 votes from the City of Brookfield were not included in the county total reported to the Associated Press (but which had been reported to the Brookfield Patch). The corrected total gave Prosser a lead of around 7,500 votes, which was just enough to require Kloppenburg, rather than the state, to pay all recount expenses.[14] (After the statewide canvass was completed on April 15, Prosser's lead narrowed to 7,316 votes, a slim enough margin to allow Klopenburg to request a state-funded recount.)[15]

On Thursday, April 7, 2011 Nickolaus called a press conference to announce the new vote totals in the Wisconsin Supreme Court race that put Prosser over the top. She blamed "human error," but found the error at noon on Wednesday and failed to reveal the information for 29 hours.

According to election observers, the issue of 14,315 additional votes from Brookfield was never discussed at the canvass. Right-wing news sources were the first to break the story on the previously- unreported votes. [16]

At the press conference, the Democrat member of the Waukesha County Board of Canvassers Ramona Kitzinger said the unreported Brookfield votes "jibed up," and that she was satisfied that it was correct. [17] Days later, Kitzinger released a statement clarifying her position and stating she "cannot vouch for the accuracy" of Nickolaus' assertion. [18]

Requests for investigation into vote handling

US Rep. Tammy Baldwin (D) of Wisconsin asked US Attorney General Eric Holder to launch a federal investigation into Waukesha County's handling of votes. More specifically, Rep. Baldwin asked for an investigation by the Justice Department Public Integrity Section, which investigates election crime. In a letter sent April 8 she wrote: “Numerous constituents have contacted me expressing serious doubt that this election was a free and fair one. They fear, as I do, that political interests are manipulating the results.” [4]