From SourceWatch
(Redirected from Maximus)
Jump to navigation Jump to search

The outsourcing of health and human services function to private for-profit firms raises significant concerns. According to non-profit research group In the Public Interest, a comprehensive resource center on privatization and responsible contracting, "many children and adults rely on government-provided health and human services. The ability of these programs to deliver services efficiently and appropriately often is a matter of life and death. Numerous state and local governmental entities are finding that turning over these programs to private contractors not only fails to achieve projected cost savings but also decreases access to these important services, hurting many vulnerable families. In many cases, the service quality declines dramatically and many sick or at-risk people are left with substandard care."[2]

PROFITS AND OWNERSHIP: For the fiscal year ending September 30, 2014, Maximus, Inc. took in revenues of $1.7 billion and reported profits of $145 million.[3] It is publicly traded on the New York Stock Exchange.

Maximus-Owned Remploy Cuts Disabled Experts' Pay by More than Half

Remploy, a company majority owned by Maximus,[5] won two contracts to run Experts by Experience (EbE), a program under the U.K. Care Quality Commission health and social care regulator that engages people who have used social programs to help inspect and monitor those programs.[6] In mid-January 2016, two weeks before Remploy's contract was to begin, the company informed people currently working for EbE that their pay would be cut from rates of £17 per hour or more to a mere £8.25 per hour (£9.40 in London). The drastic pay cut prompted an outcry from current EbE workers and disability advocates.[7] In late January, the Care Quality Commission promised to temporarily subsidize the new low wages.[8]

In 2004, the state of Wisconsin awarded Maximus with a $3.4 million contract to ensure the state received as much federal funding as possible for a mental health program known as Health Check. Health Check is a Medicaid program providing psychiatric services from private institutions to young people. Since 2004 the state, acting on Maximus's advice, has received $67 million from the federal government.[9]

A September 2013 federal audit revealed, however, that there was improper billing on the part of the state and as a result the state may have to return some or all of the funding it received. The audit calls for a $22.8 million payback from the state for improper billing from October 2004 to September 2006. The state allegedly improperly claimed $19 for every $20 reported. The audit report found that the state included administrative costs that should not have been covered. Traditionally this type of Medicaid program the state picks up 40 cents on the dollar with the federal government covering the rest.[9]

Maximus has been a consultant to the state of Wisconsin since the 1990s. It signed its first Medicaid contract with the state in November 1998, a relationship that continued through 2009. Maximus had been called by the state government a ""revenue-maximization consultant." In 2004, the state sharply increased its claims to the federal government for the mental health program based on Maximus' advice. Maximus' contract with the state of Wisconsin did not provide a flat fee for consulting services. Rather the corporation was paid a contingency based on how much money the state received from the federal government, providing Maximus with an incentive to inflate Wisconsin's claims.[9]

The state of Wisconsin has continued to use the method for claims suggested by Maximus and the two year budget through June 2015 includes an expected $14 million in federal funding for the Health Check program.[9]

In July 2007, Maximus, Inc. agreed to pay $30.5 million to settle a criminal investigation under the False Claims Act led by Daniel R. Levinson, inspector general for the U.S. Department of Health and Human Services and Jeffrey A. Taylor, U.S. Attorney for the District of Columbia regarding allegations that Maximus falsified Medicaid claims. The contention was whether Maximus colluded with the District of Columbia’s Child and Family Services Agency to falsify claims to Medicaid for services provided by DC to children in its foster care program. [10] Benjamin Turner, a former division manager at Maximus, helped initiate the investigation under whistleblower provisions of the False Claims Act and received $4.93 million for his efforts. [11]

In addition to the settlement from Maximus, the U.S. also recovered $12.15 million from the District of Columbia government after a review conducted by the Department of Health and Human Services' Centers for Medicaid and Medicare Services indicated that the Child and Family Services Agency had inflated its number of case management claims.[12]

Maximus facilities have been targeted for inspection by the United States Department of Labor Occupational Safety & Health Administration (OSHA) in Arizona (2010), California (2011), and Iowa (2012). Two of those inspections followed safety and health complaints.[30]

Maximus has been a Private Sector member of the American Legislative Exchange Council (ALEC) at least from 1994 to 1995.[31] ALEC’s full list of corporate funders over the past few decades is not known, and so any subsequent funding of ALEC by Maximus is not known.

ALEC has pursued a decades-long agenda to privatize the most profitable aspects of government and shrink those that remain. In the 1990s, ALEC approved the "Privatization of Foster Care and Adoption Services" Act, an area in which Maximus has direct interests. According to a 2012 report by the non-profit research group In the Public Interest:[32]

"The American Legislative Exchange Council has been a major force in pushing for the privatization of public services and assets. They actively promote privatization that allows corporate takeover of public functions. This agenda is evident in ALEC’s model bills. ALEC works with its corporate members to draft model bills that state legislators can introduce and push in their states. Many of these bills create incentives to privatize services and call for the increased use of private financing and control of public infrastructure projects. The bills also have the potential to generate lucrative sources of revenue for ALEC’s corporate sponsors. For example, ALEC bills make it easier to create virtual public schools, encourage states to privatize vital health programs that help vulnerable populations, force state governments to sell public prisons to private corporations, and help other industries take control of public services. As a result, we stand to lose control of critical public services and assets and we risk a weakened democracy."[32]

Additionally, ALEC has approved bills and resolutions to advance the privatization of pensions, Social Security, Medicare, Medicaid, and public infrastructure such as roads.[33]

In Orange County, Maximus made sizable campaign contributions to all five of the county supervisors who in 2014 re-approved the company for a three year contract providing case management for its welfare-to-work program.[34] The contract was not open to competitive bidding, nor did a report to supervisors disclose Maximus' previous ties to an alleged Medicaid fraud case.[35]

Maximus spent a total of $376,602 lobbying at the federal level in 2014 and has spent $4,691,102 in total on federal lobbying since 1998, according to the Center for Responsive Politics.[36] The company has lobbied on the issues of welfare (specifically relating to the Supplemental Nutrition Assistance Program ("SNAP"), Needs Assessment Program, and Workforce Investment Act), healthcare (specifically relating to implementation of the Affordable Care Act and administration of Health and Human Services public programs), Medicare and Medicaid (specifically Medicaid Exchanges), and taxes (proposed changes to current tax code and issues related to the Work Opportunity Tax Credit).[37]

Maximus, its employees, and its PAC spent $1,990,510 on political contributions at the federal level from 1998 to 2013, according to the Center for Responsive Politics.[38]

At the state level, Maximus and its employees spent a total of $343,863 from 2003 to 2012 in contributions toward candidates, party committees, and ballot measures, including expenditures by its political action committee, MaxPac.[39] Maximus has hired 260 lobbyists in 29 states during the same time period.[40]

On October 1, 2013, it was announced that Maximus had received a contract from the U.S. Department of Education to provide operational and maintenance support to the Office of Federal Student Aid. The contract runs for at least two years and is guaranteed to pay Maximus at least $143.3 million. The DOE can exercise eight one-year options which could make the contract worth up to $848.4 million. [41]

According to Subsidy Tracker, a project of Good Jobs First, Maximus' Virginia-based subsidiary, Maximus Federal Services, received a $2 million subsidy (in the form of a tax credit/rebate) from the state of New York in 2013 through the state's Excelsior Jobs Program.[42] The $2 million subsidy makes up most of the $2,174,201 in subsidies MAXIMUS has received since 2012.[42]

Hundred of Millions in Expected Revenue from ACA

In March 2014, Maximus CEO Richard Montoni told Investors Business Daily that Maximus had booked $347 million in contracts related to the Affordable Care Act (ACA) in 2013 and that Maximus was expected to generate $200 million in annual revenue from work related to the ACA.[44] In its 2013 annual statement, Maximus reported that 65 percent of its total revenue for that year came from its Health Services Segment and state that it expects health-sector-related revenue to continue to increase:

"We expect that demand for our core health and human services offerings will continue to increase over the next few years, driven by new legislation, austerity measures and increasing caseloads, as governments strive to deliver more services with fewer resources. Legislation, such as the Affordable Care Act (ACA) in the United States as well as other health and welfare reform initiatives abroad, has created increased demand for our services, a trend we expect to continue over the next several years."[45]

In its SEC filings, Maximus cites several aspects related to government funding and regulation of the health and human services sector as “risk factors” that may affect its business and future prospects. These risk factors often show the incentives the company has to influence public policy and the direction its advocacy would take. In this case, the company's revenues are dependent on contracts from the federal government to carry out services that would ordinarily be provided by public agencies and their employees. Maximus mentions, unions, negative media coverage, limits on outsourcing of government programs, and failure to "maintain important relationships with government entities and agencies" as potential risks that could adversely affect its business and market opportunities: 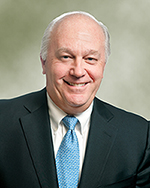