Monsanto and food safety issues is part of the longer SourceWatch article on Monsanto. Go here for more.

On March 11 2008, 'The World According to Monsanto', by journalist and film maker Marie-Monique Robin, was was aired on French television. The documentary you won't be seeing on American television, revealed that the biotech giant is threatening to destroy the agricultural biodiversity which has served mankind for thousands of years. (right)

The top biotechnology companies are Monsanto, DuPont, Syngenta and Bayer. (Syngenta is a subsidiary of parent companies AstraZeneca and Novartis. Aventis' agribusiness division was bought out by Bayer.) They account for almost 100% of the genetically engineered seed and 60% of the global pesticide market. Thanks to recent acquisitions, they now own 23% of the commercial seed market. In 1999, almost 80% of total global transgenic acreage was planted in GMO (genetically modefied organism) soy, corn, cotton and canola. Until then, farmers could spray herbicides before planting, but not after, as herbicides would kill the intended crop. The other 20% of genetically modified acreage is planted with crops that produce pesticides. Monsanto’s "New Leaf" potato kills potato beetles, but is itself registered as a pesticide with the Environmental Protection Agency (EPA). The five largest biotech companies in the world are also the five largest herbicide companies. GMOs ensure a continuous and ever-expanding market for their agrochemicals. [1]

Under current policy, the government provides large subsidies to farmers to produce grains, in particularly corn and soybeans. Livestock producers use corn and soy as a base for animal feed as they are protein rich and fatten up the animals. They are also cheap (due to government subsidies.) Livestock consumes 47% of the soy and 60% of the corn produced in the US. [2] See also FDA.

Between May 1 and May 26, a broad coalition of food, farm, health, public interest, and environmental groups all over the country, joined by leading organic food companies, raised one million dollars to support the California Right to Know Genetically Engineered Food Act, a citizens' ballot initiative, and other state GMO-labeling campaigns. The money was raised in response to efforts by Monsanto and "California Citizens Against Lawsuit Abuse" (CALA) to disuade and confuse more than 90% of California voters who want labels on genetically engineered food. [3]

(Note: There are a host of other concerns with genetic modification. Issues and statistics in the fast-paced biotech world are ever in flux. The reader is encouraged to visit the other websites below for more and up-to-date info.) Monsanto is considered the Mother of agricultural biotech (1). Their "Roundup Ready" crops have been genetically engineered to allow direct application of the Monsanto herbicide glyphosate allowing farmers to drench both their crops and crop land with the herbicide so as to be able to kill nearby weeds without killing the crops. According to Charles M. Benbrook, an expert in the field:

For more see Monsanto and the Roundup Ready Controversy.

Monsanto came under heavy public fire with the development of their "Terminator Technology", a.k.a. "suicide seeds", known technically as V-GURTs (varietal Genetic Use Restriction Technologies) in which the seeds resulting from the first year's planting would be sterile thereby forcing farmers around the world in the Roundup Ready System to buy their seed from them every year rather than saving their best seed for the next years planting, a traditional and economical practice [1]. Seed saving has had the benefit of allowing farmers to continually improve the quality of their crops through careful artificial selection.

Fears were also expressed that Monsanto's terminator genes could spread to wild plants. According to the UN Commission on Genetic Resources for Food and Agriculture, "Cross-fertilising V-GURT containing crops may cause considerable effects in neighbouring crop stands and wild relatives.... The fact that in North America, where large stands of GMO varieties are now grown contamination of non-GMO varieties by GMO germplasm has been observed ... suggests that this scenario is a realistic probability" [2].

Monsanto partially funds the anti-organic Center for Global Food Issues, a project of the right-wing Hudson Institute. It is run by Dennis Avery [3][4] and his son Alex Avery. Here find the latest on Hudson's anti-environmental and pro-biotech spinmeister Michael Fumento, and his secretly taking money (at least $60,000) from Monsanto. See also [5].

In 1998 Dennis wrote an article that began "'According to recent data compiled by the U.S. Centers for Disease Control (CDC), people who eat organic and natural foods are eight times as likely as the rest of the population to be attacked by a deadly new strain of E. coli bacteria (0157:H7)'. However, according to Robert Tauxe, M.D., chief of the food borne and diarrheal diseases branch of the CDC, there is no such data on organic food production in existence at their centers and he says Avery's claims are 'absolutely not true.'" [6]. Following in his father's steps Alex distorted a study from the Journal of Food Protection that showed that organic food does not contain more pathogens than conventionally grown, contrary to Avery's claims.

For more see Monsanto and the Campaign to Undermine Organics.

Genetic pollution or 'How to succeed without really trying'

Organic farms are increasingly finding that via cross-pollination their pure food has been contaminated with GM DNA thus ruining their businesses [7] [8]. "In 2002, Ontario farmer Alex Nurnberg had tests conducted on his 100-ton harvest of organic corn. Twenty tons were found to be contaminated by GMOs, which Nurnberg believes were blown by the wind from the corn on a neighboring farm. 'I was not ready for it. I feel such a wrath about it,' says Nurnberg" [9].

Courtesy of Jeffrey M. Smith. Rhetoric from the United States government since the early 1990s proclaims that genetically modified (GM) foods are no different from their natural counterparts that have existed for centuries. But this is a political, not a scientific assertion. Numerous scientists at the Food and Drug Administration (FDA) consistently described these newly introduced gene-spliced foods as cause for concern. In addition to their potential to produce hard-to-detect allergies and nutritional problems, the scientists said that “The possibility of unexpected, accidental changes in genetically engineered plants” might produce “unexpected high concentrations of plant toxicants.”1 GM crops, they said, might have “Increased levels of known naturally occurring toxins, . . . appearance of new, not previously identified” toxins, and an increased tendency to gather “toxic substances from the environment” such as “pesticides or heavy metals.” They recommended testing every GM food “before it enters the marketplace.”2 But the Food and Drug Administration (FDA) was under orders from the first Bush White House to promote the biotechnology industry, and the political appointee in charge of agency policy was the former attorney for biotech giant Monsanto—and later became their vice president. The FDA policy ignored the scientists’ warnings and allowed GM food crops onto the market without any required safety studies. 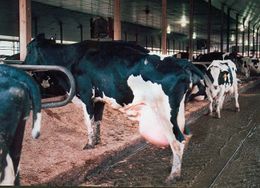 The FDA approved the use of recombinant bovine growth hormone (rbGH) being injected into cows on February 4th, 1994. Both Europe and Canada turned down Monsanto's application for approval. Developed and manufactured by the Monsanto, this genetically engineered hormone forces cows to artificially increase milk production by 10 to 15%. [7] Monsanto spent approximately half a billion dollars on a hormone to increase milk production (for an already glutted, taxpayer-subsidized market). Additionally, Posilac creates additional Growth Factor One (IGF-1) in milk (a growth hormone which is identical in cows and humans). IGF-1 is considered to be a fuel cell for cancer growth and has been identified in the rapid growth cancer. The FDA insists that IGF-1 is destroyed in the stomach. [8] However, if that were true, the FDA has proven that breast feeding cannot work. [9] It is worth noting that rBGH is banned in every industrialized country in the world except for the U.S., Mexico and Brazil. According to Dr. Michael Hanson of the Consumers Union of the U.S., there is strong scientific evidence to support potential health hazards of rBGH and a case for labeling dairy products that contain rBGH. [10]

The need for such for an increase in milk production has been questioned since the dairy industry has been overproducing for 60 years. Between 1986 and 1987, under the Dairy Termination Program, dairy farmers were paid over 1.3 billion dollars to slaughter their cows. 144 dairy producers received over one million apiece to refrain from dairy farming for five years and one California producer received 20 million dollars. However, according to the General Accounting Office (GAO); "Total milk production did not decrease because nonparticipating farmers increased their production". [11] Additionally, cows injected with rBGH also have a 25% increase in udder infections and a 50% increase in lameness. [12] In August 2008, Monsanto sold their Posilac division to Eli Lilly [13] See also meat & dairy industry, section 4.

In August 2008, Monsanto sold their Posilac division to Eli Lilly and Company for $300 million (who exclusively sold Posilac outside the US for 10 years before the acquisition.) [14], [15]

An issue of growing concern is the Campaign to Label Genetically Engineered Foods [10]. Many have questioned why it is that while consumers in Europe have the right to know through labeling which foods contain GM ingredients and thus to make an informed choice consumers in the United States, purportedly the bastion of freedom, democracy and the "free market" in the world are denied this same right. Polls indicate that the great majority of Americans who are aware of the issue want labels [11]. Attempts to accomplish some kind of labeling have repeatedly been rebuffed due to tremendous opposition from biotech, which fear loss of sales if people know [12][13]. In 2002 Oregon tried and failed to pass just such a labeling initiative (Measure 27). The campaign cited big money and misinformation propagated by biotech as contributing to the defeat [14].

Food crops are not the only area Monsanto and others have hoped to cash in on with their technology, also with frightening consequences, a range of genetically engineered "designer" trees and forests are also high on their list. From trees modified to withstand Monsanto's Roundup to trees designed with a reduced lignin content (lignin gives trees strength and rigidity) to appeal to the paper making and construction industry to "terminator trees" which don't produce seeds. This has met with fierce resistance from activists and scientists alike, but again, to no avail [15] [16] [17] [18]. Already there has been a contamination issue with the GE papaya tree, the world's first commercially planted genetically engineered tree, which enraged local farmers in Hawaii [19].

For more see Monsanto and GM Trees And Grasses.

Monsanto made news in 2004 when it decided to withdraw its GM wheat from the market due to worldwide opposition. [20] Environmental risks of GM wheat. Update: Monsanto has apparently changed its mind and again is attempting to commence cultivation of GM wheat. "'We’re encouraged,' says Monsanto’s Trish Jordan. 'There may be some opportunity for us to re-enter the wheat space'" [21]. This has created a furor with wheat growers, see Definitive Global Rejection of Genetically Engineered Wheat.