Demonstrations in favor of Paid Sick Days in Massachusetts.

The National Federation of Independent Business (NFIB) is a lobbying group that calls itself "the voice of small business."[1] However, the group has been shown to lobby on issues that favor large corporate interests and run counter to the interests of small businesses.[2][3] NFIB is best known for its unsuccessful legal attack on the 2010 Affordable Care Act ("Obamacare") and for successfully spearheading opposition to President Clinton's health care reform package in 1993.

NFIB has spent an unknown, but significant, amount of money and institutional cache fighting legislative and ballot proposals to give workers the right to earn sick time. However, a recent NFIB survey of its small business members found that providing mandatory family and sick leave was not a critical concern for most NFIB members. Mandatory sick leave did not fall into the top 10, top 20 or even the top 60 “critical concerns” of NFIB members. In fact sick leave ranked 64th of 75 issues studied.[4]

In addition to direct lobbying of lawmakers, other NFIB anti-paid sick day campaign tactics include grassroots lobbying via email blasts to members encouraging them to contact lawmakers,[6] legislative updates,[7] economic reports -- in Colorado,[8] Illinois,[9] Massachusetts,[10] and other states, and earned media outreach.

The group’s state economic reports on the effects of implementing paid sick days have been criticized for poor methodology, flawed assumptions, and a lack of objectivity “that result in a highly inflated estimate of the cost of implementing such laws.”[11][12]

Most recently, NFIB has taken a position against workers’ ability to earn paid sick days in Florida, coming out against citizen-led initiatives in Orlando and Miami.[13] The Executive Director of the Florida chapter of NFIB, Bill Herrle, was quoted as saying, "There are over 300 governments in Florida between cities and counties, and if we would have 300 different policies on this issue, that would be a nightmare. [...] We want this issue to be addressed in Tallahassee as a single statewide policy." (In fact, in Massachusetts and other states, NFIB’s position has been to oppose statewide paid sick days policies.) Herrle also claimed that the NFIB Florida chapter represents "about 10,000 businesses around the state, and what they don’t want is a local ordinance about this issue."[14] This contradicts the statements of small business owners in Orlando and Miami who have said their businesses and communities would benefit from a paid sick days standard.[15]

Click here for the SourceWatch main page on the National Federation of Independent Business (NFIB).

No Estimation of Benefits

The NFIB analysis makes no attempt to analyze economic benefits of paid sick days, which are likely to include:

Researchers have repeatedly estimated that employers themselves will experience significant financial benefits from implementing paid sick days, including savings from reduced turnover and decreased productivity loss due to contagious illness. These benefits are estimated to be larger than costs for employers.[11]

Implementation Cost Estimates Much Too High

NFIB analyses garner a great deal of media attention with assertions that the costs of implementing a proposed law—which they do not attempt to balance with an analysis of economic benefits—will result in job losses. As noted above, their job loss calculations are problematic on a number of levels:

NFIB’s analyses also predict significant job losses. Yet, in studies of San Francisco, where a paid sick days law has been in effect for years, job losses have not occurred. Two studies both demonstrate stronger employment growth than in surrounding counties.[11][17] 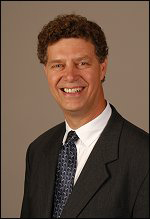 NFIB works the media aggressively in an effort to define and give face to the opposition to paid sick days. For example in Massachusetts, NFIB released a report aimed at framing the debate before the newest version of the earned sick days bill under consideration there was introduced. According to their study, Effects of a Paid Sick Leave Mandate on Massachusetts Small Businesses, the economic impact of Massachusetts Paid Leave could cost nearly 16,000 jobs and $8.4 billion in lost output – assertions that were refuted by other researchers (see above).

NFIB staff have placed their views in both the business and mainstream media. In the following articles NFIB Massachusetts State Director Bill Vernon is featured; the job loss claims made in the NFIB study were circulated through a variety of media outlets.

“A small-business group is raising the alarm about a new paid-sick-days bill it says could cost Massachusetts 12,000 jobs in coming years…Bill Vernon, state director of the National Federation of Independent Business, said the measure — even after compromises — represents needless “meddling” in employer-employee relations and could end up costing businesses millions of dollars a year and the state’s economy thousands of jobs.”[18]

“Business groups, including Associated Industries of Massachusetts and the state chapter of the National Federation of Independent Business, have strongly resisted mandating sick leave, warning the bill could cost the economy as many as 12,000 jobs and claiming such policies are best established by employers."

"The employers who can afford to offer this benefit are already doing it," said Bill Vernon, state director of NFIB, in a statement. "To believe that it should be mandated is to believe that some employers are acting against their own financial interest because they don't care about their workers. That's a terribly unfair caricature of small business owners."[19]

Media outreach includes orchestrated letters to the editor such as in this example:

"I own a small business in Holyoke; significantly smaller now than previously. The long-lasting economic downturn has hurt my business, as it did many others...In a state that has not created one net new job in a decade, where thousands of our neighbors are desperately seeking work, and where so many businesses are struggling to stay alive, the imposition of yet another costly mandate on employers, in my opinion, is foolish."

"The National Federation of Independent Business which represents thousands of small business owners in Massachusetts estimated recently that Coakley-Rivera’s bill would cost roughly 16,000 jobs over the next several years… NFIB members are overwhelmingly opposed to this legislation. While Coakley-Rivera may be well intentioned in sponsoring this bill I believe it is ill-timed and economically destructive."[20]

NFIB has been criticized for putting forward spokespeople without disclosing their ties to the lobbying group. The Columbia Journalism Review’s column “The Audit” highlighted NPR’s use of Joe Olivo, a New Jersey small business owner opposed to the Affordable Care Act, without mentioning his role as vice-chair of the NFIB New Jersey Leadership Council.[21] NPR was not the only news outlet to use Olivo without mentioning his NFIB role. According to the Columbia Journalism Review, NBC, Fox News, the Philadelphia Inquirer and The Financial Times had done the same. After NPR’s ombudsman criticized his station for making this mistake,[22] the Columbia Journalism Review ran a second article titled, “More on NPR and Manufactured News: Why lobbyist-provided rent-a-quotes subvert the news.” [23] “Nobody trusts what some paid-to-say-it lobbyist thinks,” the piece pointed out. “The press knows it and the lobbyists for sure know it, which is why they seek to cloak their messages in the authenticity of the man on the street.”

NFIB in the News