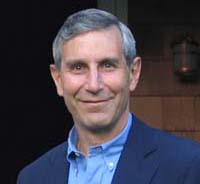 Richard Edelman is the President & Chief Executive Officer of the Edelman public relations company, a position he has held since September 1996.

According to his biographical note, prior to taking up his current position he was "president of Edelman's U.S. operations, regional manager of Europe and manager of the firm's New York office".

He currently has "assignments for Schering-Plough, Swiss Re and Gap. "He has counseled several countries on economic development programs, including Egypt, Israel and Mexico".

Edelman boasts that he "has special understanding of the non-governmental organization (NGO) movement. He has spoken on this topic at several conferences including The Institute of Social & Ethical AccountAbility, The Conference Board and the World Economic Forum".

"He has worked on several political campaigns including "Jim Thompson for Governor" and "Ed Koch for Mayor", according to his biographical note.

Edelman told Esquire magazine "in this era of exploding media technologies there is no truth except the truth you create for yourself." [1]

Following the Federal Communications Commission warning that broadcasters should disclose the origin of at least some video news releases Edelman pragmatically conceded that disclosing government VNR’s "in some way" was reasonable. However, Edelman drew the line at labeling corporate VNR’s, which comprises the bulk of those produced. "I do not believe in the need for government to put a black box on any VNR that's produced for a company," he told PR Week. [2]

"How serious is it for PR that the man who runs the foremost center for press and public policy in the US is fundamentally skeptical about our profession?" wrote in a blog posting following a speech by Alex Jones of Harvard University's Shorenstein Center at a recent gathering of the PR Seminar, a rather secretive annual gathering of top public relations executives. [3]

Jones told PR executives that news is moving away from objectivity, as "subjectivity, finding underserved markets, ideologically targeted, is a viable business strategy." The result is that we are "fast approaching a time of relative truths, resulting in an even more toxic partisan environment." Jones also lamented the cheapening of news and says that "media with reduced staff is looking for packaged content. The temptation will be high for PR people to do in print what has been done in video news releases."

Edelman called Jones' remarks a "very important speech" and called on PR pros to "to recognize that with our enhanced opportunity comes a very real responsibility" to "be more credible" and adopt a policy of "total transparency."

In response to an article in Der Spiegel reviewing the work of the PR industry, including examples of the work of Burson-Marsteller, Edelman and other major companies, Edelamn let fly. [4] "This article is basically a conflation of cinema-induced fantasy, anti-Americanism, anti President Bush, anti-capitalism, and fear of propaganda stemming from World War II," he claimed. [5]