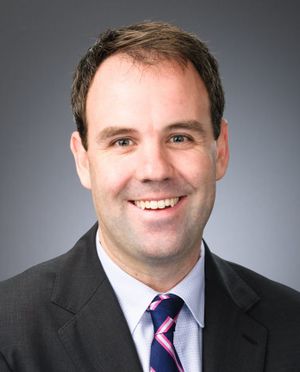 Scott Given was a member of the Broad Academy’s 2015-2016 cohort. Since March 2017, Given has been at The Croft School, which he founded, in Providence, Rhode Island. Given “has dedicated his career to transforming low-performing schools into extraordinary ones that sustain high achievement over time” and previously founded the UP Education Network.[1][2]

According to Given’s LinkedIn profile, The Croft School is “a small private elementary school that I am founding on the East Side of Providence” that “will open to its first class of ~20 kindergarten students” in fall 2018[2]

From November 2008 to January 2017, Given served as the founder and CEO of the nonprofit UP Education Network. Prior to creating UP Education, Given was principal at the Excel Academy Charter School, from 2005 to 2008, and from 2003 to 2005 was a high school teacher at the Boston Collegiate Charter School. Given was also an associate at The Parthenon Group between 2002 to 2003.[2]

According to Given’s LinkedIn profile, he received a bachelor’s in economics from Dartmouth College and got his MBA from the Harvard Business School. A post on alumni from the Harvard Business School notes that Given “found inspiration in the MBA elective Entrepreneurship in Education Reform, taught by HBS lecturer Stacey Childress (MBA 2000), who later served on Given's board.” Childress was reportedly working at the Bill & Melinda Gates Foundation.[2][3]

From 2002 to 2003, Given was an associate at the Parthenon Group, a 23-year-old Boston consulting firm. The Parthenon Group was “founded by Bain & Co. executives” and was acquired by the company Ernst and Young in 2014, according to the Boston Globe. Among its former members included Liam Kerr, who now serves as the Massachusetts State Director for Democrats for Education Reform (DFER).[4]

The Massachusetts-based UP Education Network “is one of the few school management organizations in the country successfully tackling the challenges of in-district school turnaround.” Its mission “is to rapidly transform chronically underperforming district schools into extraordinary schools that sustain high achievement over time,” according to the nonprofit’s GuideStar profile.[7]

The most recently available Form 990 for UP Education states that its “principal intent” is to “conduct activities to advance education reform in public schools, including public charter schools.” UP Education Network manages six “academies” in Massachusetts – three in Boston, two in Lawrence, and one in Springfield. Although total assets for UP Education Network in 2015 was around $3.9 million, the organization’s total revenue was less than its total expenses, nearly $6.7 million to $7.2 million respectively.[8]

The Washington Post has reported that UP Education Network has received millions of dollars in grants from the U.S. Department of Education.[9] In September 2015, the Post reported that “the $2.2 million grant means [the UP Education] chain can grow to 20 schools by 2020.” According to a Post report from April 2016, “the U.S. Department of Education recently gave the network $4.3 million to expand and replicate its best practices."[10]

In June 2016, it was announced that Given, who founded UP Education Network, and the organization’s board of trustees “decided that it would be a good time for him to step down.” Given said he would “stay with UP until early winter 2016, ‘laying the groundwork for a successful handoff.’” Earlier that year, in March 2016, it was reported that UP Academy Holland in Boston “came under scrutiny...for its high rate of student suspensions,” including kindergarteners. UP Academy Holland “suspended kindergartners more times than any other Massachusetts school in the 2014-15 school year.”[11]

WBUR reported, “One teacher, who requested anonymity for fear of reprisal, sent WBUR discipline records for the current school year, with students’ names redacted. Those records show 233 in- and out-of-school suspensions in pre-kindergarten through fifth grade from August through January. Holland has about 750 students in those grades [...] Not only does Holland report more suspensions than many other schools, but it also suspends students without following the required procedures, some parents and an attorney say.”[12]