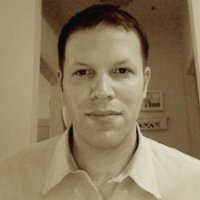 Seth Cooper was the Task Force Director for the Telecommunications and Information Technology Task Force of the American Legislative Exchange Council (ALEC) for three years. As of August 2011, he is a Research Fellow at the Free State Foundation, a think tank "promoting free markets, limited government, and rule of law principles in telecommunications and information technology policy."[1]

To see a complete list of ALEC's staff, visit the the ALEC Staff page.

He has also been listed as "Amicus Counsel" at ALEC.[2] According to his biography on ALEC's website, "Prior to his work with ALEC, Seth worked in 2007 as a contract attorney in Washington State. He also served as a Caucus Staff Counsel in the Washington State Senate during its 2007 Legislative Session. Seth obtained his juris doctorate from Seattle University School of Law and his bachelor’s degree in political science from Pacific Lutheran University."[3]

Alongside Andrew Breitbart, among others, Cooper served as a Lincoln Fellow for the Claremont Institute for the Study of Statesmanship and Political Philosophy in 2009. Cooper has also sat on the Board of Directors of the Free State Foundation.[4][5]

Cooper maintains his own website, which can be accessed here: http://sethcooper.com/