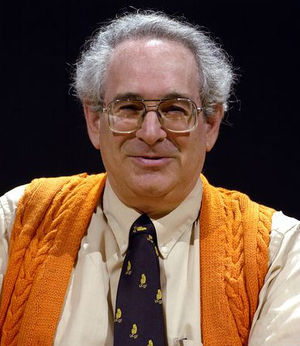 Glantz graduated from the University of Cincinnati, Ohio, with a BS in Aerospace Engineering in 1969. He attended Stanford University if California, where he attained an MS in Applied Mechanics in 1970, a Ph.D. in Applied Mechanics and Engineering Economic Systems in 1973, was a post-doctoral fellow in Cardiology in 1975, and a post-doctoral fellow in Cardiovascular Research in 1977.

From Dr. Glantz's biosketch: Professor Stanton A. Glantz has been a leading researcher and activist in the nonsmokers' rights movement since 1978, when he helped lead a state initiative campaign to enact a nonsmokers' rights law by popular vote (defeated by the tobacco industry). In 1983, he helped the successful defense of the San Francisco Workplace Smoking Ordinance against a tobacco industry attempt to repeal it by referendum. The San Francisco victory represented the first electoral defeat of the tobacco industry and is now viewed as a major turning point in the battle for nonsmokers' rights. He is one of the founders of Americans for Nonsmokers' Rights. In 1982 he resurrected the film "Death in the West," suppressed by Philip Morris, and developed an accompanying curriculum that has been used by an estimated 1,000,000 students. He helped write and produce the films "Secondhand Smoke," which concerns the health effects of involuntary smoking, and "120,000 Lives," which presents the evidence that smoking in the movies recruits adolescent smokers and practical solutions for reducing this effect.

Dr. Glantz conducts research on a wide range of issues ranging from the effects of secondhand smoke on the heart through the reductions in heart attacks observed when smokefree policies are enacted, to how the tobacco industry fights tobacco control programs. His research on the effects of secondhand smoke on blood and blood vessels has helped explain why, in terms of heart disease, the effects of secondhand smoke are nearly as large as smoking. Consistent with what would be expected from the biology of secondhand smoke, he demonstrated a large and rapid reduction in the number of people admitted to the hospital with heart attacks in Helena, Montana, after that community made all workplaces and public places smokefree. His work in this area was identified as one of the "top research advances for 2005" by the American Heart Association. He was one of the people who first argued that controlling youth access to tobacco products was not an effective tobacco control strategy and was on of the first people to identify the importance of young adults (not just teens) as targets for the tobacco industry and efforts at smoking cessation and tobacco use prevention. He is author or coauthor of numerous publications related to secondhand smoke and tobacco control, as well as many papers on cardiovascular function and biostatistics. He has written several books, including the widely used Primer of Biostatistics (which has been translated into Japanese, French, Russian, German, Italian, Japanese and Spanish, and Primer of Applied Regression and Analysis of Variance). In total, he is the author of 4 books and over 200 scientific papers, including the first major review (published in Circulation) which identified involuntary smoking as a cause of heart disease and the landmark July 19, 1995 issue of the Journal of the American Medical Association on the Brown & Williamson documents, which showed that the tobacco industry knew nicotine was addictive and that smoking caused cancer 30 years ago. This publication was followed up with his book, The Cigarette Papers, which has played a key role in the ongoing litigation surrounding the tobacco industry. His book Tobacco Wars: Inside the California Battles chronicles the last quarter century of battles against the tobacco industry in California. He also wrote Tobacco: Biology and Politics for high school students and The Uninvited Guest, a story about secondhand smoke, for second graders. He is now running two educational projects, SmokeFreeMovies.ucsf.edu, which is working to end use of movies to promote tobacco, and TobaccoScam.ucsf.edu, which is countering tobacco industry efforts to coopt the hospitality industry.

He served for 10 years as an Associate Editor of the Journal of the American College of Cardiology and is a member of the California State Scientific Review Panel on Toxic Air Contaminants. He was elected to the Institute of Medicine in 2005.

He has traveled widely and lectured on scientific and policy issues related to clean indoor air, smoking in the movies, and effective tobacco control strategies. His work has attracted considerable attention from the tobacco industry, which has sued the University of California (unsuccessfully) twice in an effort to stop Prof. Glantz' work. He is a Professor of Medicine (Cardiology) and American Legacy Foundation Distinguished Professor of Tobacco Control as well as Director of the Center for Tobacco Control Research and Education at UCSF.

Stanton A. Glantz and Lisa R.A. Smith conducted research analyzing sales tax data from 15 cities in California and Colorado with smoke-free ordinances and compared the statistics to those in cities of similar income, population and smoking prevalence that did not have bans. They found that restaurant businesses had not suffered as a result of the ordinances. Their work was published in the July 1994 issue of the American Journal of Public Health.(Los Angeles Times, 8/8/94). Glantz says: "The tobacco industry trained anti-smoking researchers to be irresponsibly cautious . . . Tobacco industry intimidation causes the health community to apply a standard of proof so high on smoking and has historically delayed actions year after year. The tobacco industry jumps up and down and screams controversy! It gives cigarette companies their best asset--credibility. It's a fig leaf for politicians."(LATimes, 9/18/94).(Castano case Expert List)