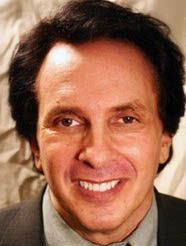 Stephen Marks is a Republican political consultant, "opposition research and media" specialist best known for launching vicious attack ads against Democratic presidential candidates on behalf of "independent" organizations. In 2000, he founded Americans Against Hate, in 2004 MoveOnForAmerica.org, in 2008 pHforAmerica.com[1], and in 2012 FightBigotry.com.[2]

Marks launched a 527 committee for the 2008 campaign, called pHforAmerica.com. On that website, he praises the "Swiftboating" of John Kerry in 2004, and states that he hopes to be the equivalent for Barack Obama in 2008. The group has produced a commercial showing Senator Obama discussing certain Bible passages and their relevance to governance today. The ad narrator characterizes Obama as ridiculing the Bible. The group's website states that it is seeking funds to show the two-minute commercial to a wider audience. [3] [4]

In response, the Obama campaign website "Fight the Smears" called Marks a "scam artist" and said his group's "claims about Barack's faith are every bit as false as his claims that this amateurish video is really a TV ad." The campaign claims the length (2:09) of the ad and its poor video quality call into question Marks' intentions to run the ad on television. On the substance of the ad, the Obama website states, "The video takes 5 sentences out of a 4,500-word speech Barack gave in 2006 completely out of context to stoke division and hatred." [5]

According to The Stiletto blog, Marks countered that "pH for America has taken the YouTube version of the ad and re-cut it into 1-minute and 2-minute spots that will air 42 times during the first week of October. The ads are supposed to start running today [October 1, 2008] in three PA cities (Pittsburgh, Altoona/Johnstown and Erie) and two MI cities (Lansing and Flint)." Marks further threatened legal action, stating, "How can the Obama campaign call me a 'scam artist' ... when they know full well that I have produced and aired 527 TV ads in the past two presidential campaigns? Unless they can prove anything about this ad is a scam, they are guilty of libel, and I am pursuing legal action regarding this matter." [6]

In 2001, "I did a very sensitive job for a client hired by [convicted lobbyist Jack] Abramoff's partner, Michael Scanlon," Marks wrote in Campaigns & Elections magazine. "The job was to 'research' Gus Boulis, a Greek immigrant who made millions with his restaurant chain, Miami Subs, and subsequently made even more millions with SunCruz, the Florida casino boat chain. ... Right in the middle of my investigation of Boulis, he was suddenly assassinated mob-style in the streets of Fort Lauderdale." [7]

"For 13 years, from 1994 through 2007, I was hired by scores of clients, most of them working behind the scenes for a campaign or political group that wanted dirt on a rival," Marks wrote. His clients included, in 2001, "someone working for [then-New Jersey acting governor Donnie] DiFrancesco's opponent in the GOP primary, Bret Schundler." [7]

According to the Village Voice, after working for Buchanan, Marks revealed alleged campaign finance improprieties in the September 1999 issue of Penthouse. "One of the ironies of the Buchanan campaign," Marks told Village Voice, "was that Pat was promoting himself as sticking up for the little guy, yet the campaign violated federal labor law by not paying its hourly employees time and a half when they went over 40 hours."

Marks' expose of the Buchanan campaign was detailed in a Penthouse press release:

Stephen Marks, a former Republican operative who worked on Buchanan's campaign in 1996, charges in the September Penthouse that if one of his allegations were to prove correct, Buchanan campaign leaders could be liable for up to five years in prison and/or a fine of $250,000. Marks says he's uncovered misdeeds far more serious than those for which the Buchanan campaign has already paid fines to the Federal Election Commission. The Penthouse article alleges that millions of dollars raised from small contributors were squandered as Buchanan's campaign-related organizations left a trail of repeated tax delinquencies, unpaid vendors and a laundry list of "immoral behavior" and other "self-dealing and incompetence." Marks says Buchanan himself apparently played little role in the day to day operation of his campaign in 1996, and he lays the blame squarely on his sister, Bay Buchanan, who he says "profited very handsomely from the campaigns."

Other credentials Marks lists include his having been "an investigative journalist" for Penthouse and New York Newsday, and hosting "The Stephen Marks Show" on on KFNX Radio in Phoenix, Arizona.[1] He has also appeared as a political commentator on the Fox News shows The O'Reilly Factor and Hannity & Colmes, and may have been the METRO Correspondent for National Minority Politics in the mid-1990s.