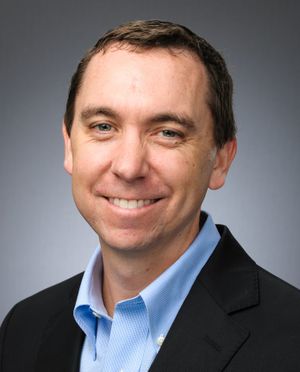 Tom Torkelson is the founder and CEO of IDEA Public Schools, a charter operator originally founded as IDEA Academy by Torkelson in 2000. At the time, he was “Texas’ youngest-ever charter school founder.” Torkelson served as IDEA’s first board president and founding principal. Prior to founding IDEA, Torkelson worked for Teach for America in Donna, Texas, from 1997 to 2000, teaching fourth grade.[1]

Torkelson “has been widely recognized in a variety of publications, including being featured in 2009 by Time magazine as Wendy Kopp’s pick for the 100 most influential global citizens.” He received the 2009 Peter Jennings Award for Civic Leadership, the 2008 Freddy Fender Humanitarian Award, and was named the University of Michigan Ross Business School’s 2010 Social Entrepreneur of the Year. Torkelson has a degree in economics from Georgetown. He was a member of Broad Academy from 2015 to 2016 and currently serves on the Broad Center’s Alumni Advisory Board.[1][2][3]

The Walton Family Foundation has made multi-year funding commitments to IDEA Public Schools. The Walton Family Foundation has supported school privatization and given millions of dollars to support charter schools throughout the U.S. over the last two decades. Other pro-education reform donors to IDEA include the Broad Foundation, the Carnegie Corporation of New York, the Charter School Growth Fund, Choose to Succeed, the Laura and John Arnold Foundation, and the Michael and Susan Dell Foundation.[4][5][6]

Torkelson serves on the Board of Trustees of Reasoning Mind, an education reform non-profit with a focus on mathematics.[7][8] In 2007, he also served as Chairman of the National Charter Schools Conference.[1]

While IDEA Public Schools has boasted strong student performance, high acceptance of its graduates to colleges, and rankings among the top charter schools, IDEA has instituted problematic policies in order to inflate these rankings. First, IDEA has exclusionary policies, whereby students can be excluded from enrollment for “a history of disciplinary problems that include a criminal offense” or “a juvenile court adjudication,” which limit the types of students that can enroll in their schools. This practice has been criticized by charters, whereby they “skim” the “best and brightest students for admission,” leaving behind special education, minority, and low-income students. Second, IDEA has been found to lose “a greater proportion of lower-performing students than higher-performing ones,” which boost its scores on standardized tests, along with its graduation rates. In addition, IDEA’s handbook was found to require students to be accepted into a four-year college or university as a graduation requirement, “a surefire way to guarantee a continued college acceptance rate of 100% for exiting seniors.”[9]

Furthermore, in May 2017, IDEA provided data to the Washington Post that placed two IDEA schools in its top 10 ranking of the best, most challenging schools, but Torkelson responded one month later that the data provided was incorrect, dropping IDEA’s ranking into the top 25 and claiming that the data error was “an honest mistake” and not done to inflate rankings.[9][10]

In May 2011, several private emails between Torkelson and his senior management team at IDEA were leaked to local business and education leaders, which discussed sensitive hiring practices. For instance, some emails “exposed — often quite bluntly – the potential, or lack thereof, for teachers to advance into leadership roles.” Other emails also showed “IDEA’s preference for Teach for America [TFA] recruits and hiring formulas.” In particular, Torkelson wrote in an email “that IDEA would increase its hiring of TFA members to sustain its regional corps in the face of deep state budget cuts to TFA and other districts who hire the group’s recruits.” One parent was enraged at those emails, as she had seen “many of her favorite teachers let go” from IDEA schools, only to be replaced with “young and inexperienced” TFA recruits.[11]

Another email from Torkelson showed him criticizing an administrator from Pharr-San Juan-Alamo (PSJA) public schools that was hired by IDEA “to help lead a multimillion-dollar federal grant for teacher and principal development.” Torkelson wrote that he was “irritated” by “her incompetence,” and other IDEA executives stated that her salary was inflated, “even by THEIR standards” [emphasis in original].[11] Nevertheless, Torkelson’s own salary has been a “public point of contention,” with The Monitor reporting in 2012 that his compensation package of up to $397,000 could make him “the highest paid school administrator in Hidalgo County.[9][12] According to the 2016 Form 990 for IDEA, Torkelson’s total compensation was $465,015.

IDEA also faced backlash from parents and community members in 2012, after it had taken over an East Austin elementary school. The Austin Chronicle reported that one teacher refused to work at the school due to the “consensus of opposition” to it throughout the community. Others detailed that staff felt “a chilling effect” where they weren’t supposed to discuss criticisms of IDEA. For this reason, in 2012, the Austin School Board trustees voted to end IDEA’s contract with the school at the end of the 2012-13 year. Parents were reportedly elated at the meeting, which was “standing room only, with another 200- people gathered outside,” the majority of which spoke out against the partnership.[13]