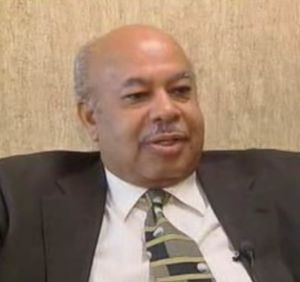 Ward Connerly, a conservative black businessman from California, serves as chairman of the American Civil Rights Coalition and the California Civil Rights Initiative, also known as Proposition 209, an anti-affirmative action ballot measure that passed in California in 1996. Connerly is a regular contributor to the conservative online publication Townhall.com.

Connerly owns a consulting firm based in Sacramento, California, called Connerly and Associates [1], that lobbies for construction firms. Construction firms stand to benefit from the elimination of affirmative action programs, since federal and state governments are required by law to maintain policies that increase opportunities for minorities when awarding contracts for construction, services and supplies. Often these policies result in the reservation of a percentage of such contracts for bidding specifically by women- and minority-owned businesses. [1]

Connerly spearheaded ballot initiative efforts in five states (Arizona, Colorado, Missouri, Nebraska and Oklahoma) to pass measures designed to dismantle affirmative action programs in those states. Affirmative action programs were put in place to help level the playing field for sectors of the population that have typically experienced discrimination, like minorities and women, in employment, contracts and education. [1]

Connerly somewhat deceptively calls his measures "civil rights initiatives." For example, the measure being pushed in Colorado is called the "Colorado Civil Rights Initiative," while it would dismantle programs that were put in place for the purpose of assisting groups who have been oppressed by civil discrimination.

Allegations of fraud have been leveled at signature-gathering efforts for Connerly's measure in Colorado. Signature-gatherers for the "Colorado Civil Rights Initiative" reportedly have approached potential signers by asking them whether they oppose discrimination. If a person answers yes, they are then asked to sign a petition that they are told would end legal discrimination in their state. Many people who signed the petition under these conditions were horrified to find out later that they had actually signed on to support a measure that would end their state's affirmative action programs.

Colorado Unity, a coalition of traditional civil rights groups who are fighting Connerly's efforts, said their group received a number of complaints about how the signatures were being collected in Colorado. They reported that they are considering taking Mr. Connerly to court and filing a legal challenge with Mike Coffman, Colorado’s secretary of state. Bill Vandenburg, head of Colorado Unity, reported that Connerly's supporters targeted minority voters by canvassing for signatures at Denver’s Martin Luther King Day march and along light rail routes after presidential candidate Senator Barack Obama spoke at the University of Denver in January.[2][3][4]

Fraud charges have also been leveled against Connerly's signature-gatherers in Oklahoma, according to the Joplin Globe. Critics of the petition drive in Oklahoma City have accused signature-gatherers of lying or being vague to voters about what they are signing. People, including labor leaders, thought they were signing a petition to protect civil rights, only to discover they actually signed for a measure that would do the opposite. A reader of the paper who had had a personal interaction with a signature-gatherer for the Oklahoma measure described it as follows:

I was approached at the post office here in Missouri week before last for this very same petition. When asked for clarification and additional info the petition holder was very vague in regards to what was being attempted in the petition other than it was to abolish some affirmative action in general. NO SPECIFICS. I didn't sign. The petition did not even contain a header or footer stating its real purpose. I didn't sign. [7]

The Detroit News in 2006 reported that Detroit mayor Kwame Kilpatrick filed a lawsuit against Ward Connerly in which he alleged Connerly engaged in widespread voter fraud to get a proposal to ban affirmative action on Michigan's 2006 ballot. The lawsuit stated that Connerly and his signature-gatherers "obtained signatures from 125,000 black and Latino voters by falsely telling them that the petition supported affirmative action."<Paul Egan Detroit Mayor Sues Over Affirmative Action Ballot Issue The Detroit News, June 22, 2006</ref> Stateline.org reported in 2006 that "Hundreds of witnesses said they had been told the measure would support affirmative action, rather than end it. Some who circulated the petition said they’d also been misled."[8]

Ms. Magazine in its winter 2008 issue reports that "Connerly has been well compensated for his leadership of the anti-affirmative action crusade. An analysis of IRS filings shows that between 1998 and 2006, Connerly and his business Connerly & Associates received a total of $8.3 million from the two nonprofit organizations he founded in the late 1990s to promote his messages and campaigns -- nearly half of the $17.5 million in total revenues reported in that period by the two nonprofits. In addition to salary and benefits, Connerly receives expense accounts and fees for speaking, media interviews and consulting. In the last reported fiscal year, 2006, he received $1.6 million -- 66 percent of the $2.4 million in revenues his nonprofits generated that year." [1]

Connerly's excessive compensation from his nonprofits has drawn the attention of members of the U.S. Congress. In August 2006, Reps. John Conyers (D - Mich.) and Charles Rangel (D - N.Y.) asked the Internal Revenue Service to investigate "possible excessive compensation practices ... It appears that [Connerly] may have been paid amounts far greater than the value of any services he may have rendered." [1]

Connerly, "who is pushing the Michigan Civil Rights Initiative and helped to get similar measures passed elsewhere, was quoted in a documentary examining affirmative action" [making] "comments that appeared to welcome the Ku Klux Klan's support," the Associated Press reported November 5, 2006.

"In a video posted to the Web site YouTube.com, Connerly is shown saying, 'If the Ku Klux Klan thinks that equality is right, God bless them. Thank them for finally reaching the point where logic and reason are being applied instead of hate.'"

Connerly "defended his remark, saying he accepts support for banning affirmative action wherever he finds it."[9]

Articles and other resources