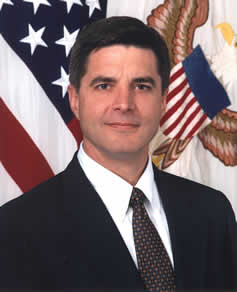 Previously, Haynes was nominated to the Fourth Circuit Court of Appeals by President George W. Bush on September 29, 2003. He was approved by a straight party-line vote of the Senate Judicial Committee on November 19, 2003, but his involvement with the creation of Legal Arguments for Avoiding the Jurisdiction of the Geneva Conventions in Iraq caused Senate Democrats to engage in a filibuster to prevent his nomination from receiving a full Senate vote.

During his tenure as General Counsel, Haynes was responsible for the development, implementation and promotion of three controversial Bush Administration policies: [2] [3]

In a scathing New York Times editorial on March 23, 2004, William J. Haynes II was excoriated as having "been an architect of some of the Bush administration's most unenlightened policies. Now he has been nominated to the United States Court of Appeals for the Fourth Circuit, based in Richmond, Va."

The Times opined that "His record makes him unworthy of this important judgeship."

For example, the Times cited:

Senator Kennedy, in the Washington Post, commented on Haynes nomination:

"Nominations do not get much worse than this. Haynes does not come anywhere close to the commitment to fundamental rights and the principle of separation of powers that we all expect from the federal courts. He would be a poster boy on the 4th Circuit for denying the rule of law, and he should not be confirmed."