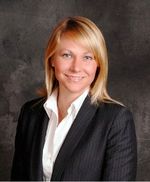 Amy Boyer is a lobbyist and serves as director of legislative affairs for several association clients at the Madison based Hamilton Consulting Group. She is a registered lobbyist and represents clients before the state Legislature and administrative agencies. Amy is also active in a number of legislative related organizations and coalitions.[1]

ALEC's annual meetings and task force summits are usually held in vacation spots like New Orleans and at swank resorts like the Westin Kierland Resort in Scottsdale, Arizona. Wisconsin legislators are paid $49,943 a year for working in the legislature, so for many politicians these destinations and resort trips would be unaffordable, for themselves or their families. Luckily for ALEC legislators, ALEC's corporate members bankroll legislator flights and hotel rooms through ALEC “scholarships,” and corporations also fund their wining and dining by underwriting ALEC meetings and receptions. Additionally, ALEC provides access to partially-subsidized child care, called “Kids Congress,” and has created itineraries for legislative and lobbyist spouses, who are invited to attend corporate-sponsored receptions, meals, and other excursions.

The corporate-funded gifts of flights and hotel rooms are filtered through the ALEC “scholarship” program. According to ALEC’s bylaws, funds for these so-called “scholarships” are raised from corporate and special interests by the ALEC Public Sector State Chair and Private Enterprise State Chair. Wisconsin’s current Public Sector State Co-Chairs are Reps. Robin Vos and Scott Suder, and the Private Enterprise Chair is lobbyist Amy Boyer, whose clients have included ALEC members Koch Industries, Xcel Energy, and Wal-Mart. The previous legislative chairs for the state of Wisconsin were Sen. Scott Fitzgerald and then-Rep. Mike Huebsch.

Another open records request revealed the names of additional donors. Top contributors include AT&T, the drug manufacturer trade group PhRMA, T-Mobile, Kraft, and US Tobacco. Many of those contributions are made on the same day, suggesting the dollars are raised as part of fundraising events, an inference supported by other open records documents. All of the corporations and organizations contributing to the Wisconsin scholarship fund – which is used to subsidize legislators’ flights and hotel rooms – employ lobbyists in the state and have an interest in the outcome of legislative activity in the Wisconsin Capitol.

Wisconsin has some of the strongest lobbying rules in the country and prohibits legislators from accepting anything of value from lobbyists, or from corporations that employ lobbyists in the state. These so-called “scholarships” would appear to directly violate these rules.

What makes the “scholarships” even more troubling is that once legislators are at an ALEC meeting, they often rub shoulders with lobbyists for the same corporations that may have paid for their travel expenses, and legislators are provided model legislation that tends to benefit those same corporate interests. Recent ALEC meetings have included Wisconsin lobbyists for Altria (Garth Alston), Celgene (Greg Chesmore), Amgen (John Benske), Alliant Energy (Bob Bartlett), PhRMA and the Cigar Association of America (Tom Moore), as well as former Assembly Leader Scott Jensen (now lobbying for American Federation for Children) and ALEC State Chair Amy Boyer (Koch Industries, Wal-Mart, Xcel Energy, and others). Additionally, ALEC corporations underwrite other perks for legislators and their families, including receptions with free food and drinks, and entertainment like Major League Baseball games, cigar parties, and shooting events.

These gifts of flights, hotel rooms, and other perks look like violations of Wisconsin ethics laws. Such gifts could reasonably be expected to influence a legislator's judgment, or be viewed as a reward for their official actions in support of the ALEC agenda.

For example, PhRMA gave at least $5,500 in recent years to the scholarship fund to cover Wisconsin legislators’ flights and hotel rooms – in addition to over $356,000 sent to the office of the ALEC corporate co-chair in Wisconsin, money which was subsequently claimed to be for use in other states. PhRMA also sent lobbyists to multiple ALEC meetings, where they sat alongside Wisconsin legislators like Sen. Leah Vukmir as equals on the Health and Human Services Task Force. In 2011, a number of ALEC “model bills” that would benefit PhRMA and its members were introduced in the Wisconsin legislature, including the omnibus “tort reform” bill that became Act 2. That bill makes it easier for drug companies to escape responsibility for all the damages a jury might wish to assess for pharmaceutical products that kill or injure Wisconsin residents. Act 2 was co-sponsored by twenty-four ALEC legislators. [2]