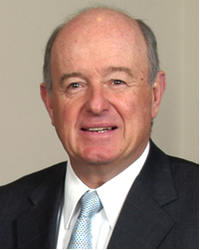 Barry MacLean is President and CEO of MacLean-Fogg Company, a privately held manufacturing company that produces goods for automotive, truck, electric power, and telecommunications corporations.[1] MacLean-Fogg has annual sales of approximately $900 million.[2] MacLean is also a member of the advisory board at Nicolet Capital Investors, LLC and mayor of Mettawa, Illinois.[3]

MacLean is a regular contributor to Republican candidates and political committees, reporting more than $200,000 in political contributions to Republicans in the 2014 election cycle alone. He has made at least one undisclosed contribution to Wisconsin Club for Growth, a group that is at the center of a long-running criminal investigation into potentially illegal campaign coordination with Wisconsin Governor Scott Walker. See Political Activity for more information.

While MacLean's net worth is not publicly available, he has donated millions of dollars to Dartmouth University and to the University of Chicago, and is a collector of art and antiquities.[4]

MacLean is a regular contributor to Republican candidates and political committees. He also serves as a co-chair of the National Council of the right-wing American Enterprise Institute.[5]

MacLean and his wife, Mary Ann MacLean, reported the following federal political contributions in the 2014 election cycle, all to Republicans:[6][7]

MacLean and his wife, Mary Ann MacLean, reported the following federal political contributions in the 2012 election cycle, all to Republicans:[8][9]

In addition to a $5,000 contribution he reported making to Wisconsin Governor Scott Walker's recall campaign in February 2012,[10] MacLean made an undisclosed contribution of $100,000 in May 2012 to Wisconsin Club for Growth (WiCFG), a Wisconsin-based organization that spent at least $9.1 million during the recall elections, and funneled at least $10 million more to other politically-active groups like Wisconsin Manufacturers & Commerce, while reporting that it spent $0 on politics to the IRS.[11] The contribution only became public in August 2014, when documents related to a "John Doe" investigation into potentially illegal campaign coordination between Walker's campaign, WiCFG, WMC, and possibly other groups were briefly unsealed. According to the Milwaukee Journal Sentinel, the documents suggest that Walker was advised to personally solicit funds from wealthy donors for WiCFG:

Case documents filed by the prosecutors include the following supporting exhibits related to MacLean: