Center for Research on the Wisconsin Economy 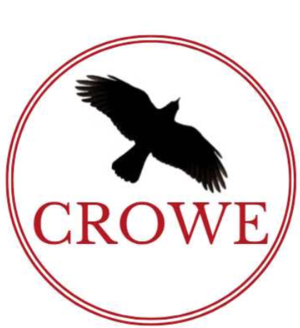 The Center for Research on the Wisconsin Economy (CROWE) is a research center within the Department of Economics at the University of Wisconsin – Madison. It states its purpose as "providing objective economic research to support economic development and policy evaluation for important state-level issues" as well as to be "a crucial link tying UW-Madison to the broader policy and business community."[1] CROWE is led by Noah Williams, the Juli Plant Grainger Professor of Economics at UW-Madison. Funding for CROWE came from the National Science Foundation, the Lynde and Harry Bradley Foundation and the Charles Koch Foundation. Its launch was announced in September of 2018.[2][3]

Badgercare study with WILL

Numerous experts called out the study: “This study has several methodological and analytical flaws that substantially compromise the validity of its conclusions,” Donna Friedsam, health policy programs director of UW-Madison’s Population Health Institute, told the Wisconsin State Journal[5]; “Incredibly sloppy & dishonest work with pathetic attempts at empirical estimation. This is so below your abilities @Bellmanequation Makes me sad that program with [a] reputation for careful policy work @WIeconomics is associated with this garbage. Numerous inaccuracies in [the] report,” Tim Classen, Loyola University of Chicago economist tweeted.[6] UW Health Policy published a rebuttal by Professors and researchers from the UW Madison Population Health Institute claiming that "that the contents do not justify the authors’ conclusion."[7]

Williams published a policy brief via CROWE, "Evidence on the Effects of Minnesota’s Minimum Wage Increases," which came to the conclusions that: Minnesota's increase in minimum wage "led to employment losses in Minnesota" and that "part of the increased wage costs employers faced have been passed on to consumers through higher prices."[8] The paper was cited by the Media Research Center's CNSNews.com,[9] as well as two State Policy Network associated groups; the Illinois Policy Institute[10] and the Center of the American Experiment both on their website[11] and in a newspaper.[12]

A study by the Economic Policy Institute came to a different conclusion than CROWE's did. The report, "As Wisconsin’s and Minnesota’s lawmakers took divergent paths, so did their economies" states "the results could not be more clear: by virtually every available measure, Minnesota’s recovery has outperformed Wisconsin’s."[13]

Williams served as an adviser to Gov. Scott Walker's presidential campaign.[14] Williams contacted Walker's campaign using his UW-Madison email address to tell express interest in “finding out more about any possibilities to get involved in aiding or advising, particularly with the Governor’s potential Presidential campaign.” Scot Ross of One Wisconsin Now -- the group that broke the story of William's job inquiry -- stated “Here we have a Professor at UW-Madison who has defended Scott Walker’s failed tax policies soliciting Gov. Scott Walker’s staff for opportunities for him to help boost Scott Walker’s political ambition. It’s yet another example of how reality is much different than the Republican rhetoric about what’s happening on college campuses in Wisconsin.”[15]