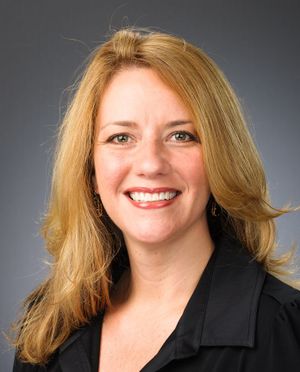 Diane Tavenner is the founder and CEO of Summit Public Schools (SPS), a charter management organization that serves schools in California and Washington state. Tavenner founded Summit Preparatory Charter High School in Redwood City, California, in 2003. Prior to founding Summit Prep, Tavenner was a public-school teacher and administrator at public schools throughout California, and a part-time professor at Loyola Marymount University in Los Angeles, California.[1][2]

Tavenner also serves on the boards of the California Charter Schools Association, Transcend, The Primary School, and the Carnegie Foundation for the Advancement of Teaching and Learning. She has a B.A. in psychology and sociology from the University of Southern California, and an M.A. in Educational Administration and Policy Analysis from Stanford University. She was a member of Broad Academy cohort from 2015 to 2016.[2][1][3]

From 2011 to 2017, Summit has also received a total of about $26.1 million in grants from the Bill & Melinda Gates Foundation[4] which has promoted school privatization, “de-professionalization” of teachers, and “high-stakes testing.”[5][6] In 2016, Summit Public Schools received a $10 million “prize” from Laurene Powell Jobs’ education reform initiative, XQ Super School Project.[7][8] Other pro-education reform funders of Summit include the Carnegie Corporation, the Charter School Growth Fund, Doris and Donald Fisher Fund, and Michael and Susan Dell Foundation.[9][10]

Tavenner also serves on the boards for several organizations that support education reform. She is on the Board of Trustees for the Carnegie Foundation for the Advancement of Teaching.[13] Tavenner is also a member of the Board of Trustees for the education reform group Transcend, which partners with “district, charter, and independent school operators” to develop new education and school “models.”[14][15]

In 2013, Tavenner was a fellow at the Pahara-Aspen Fellowship, a leadership program within the Aspen Institute, a pro-education reform think tank that is funded by large education reform corporations and foundations including the Bill & Melinda Gates Foundation and the Carnegie Corporation of New York.[1][16][17]

Summit Public Schools has partnered with Facebook CEO Mark Zuckerberg, to develop its Personalized Learning Platform (PLP) software on a larger scale. The partnership reportedly developed after Zuckerberg visited a Summit charter school for the first time and was impressed at the use of technology in the school. The partnership includes “a team of 30 full-time staff at Facebook’s headquarters in Menlo Park, California, to work on Summit’s PLP.” Leonie Haimson, “one of the nation’s leading champions of student privacy,” has criticized the Summit PLP software, claiming that Summit was sharing its students’ “personal data with Facebook, Google, Clever and whomever else they please – through an open-ended consent form that they demand parents sign.” Haimson wrote that she’s “never seen such a wholesale demand from any company for personal student data,” as there were “many ways it could be abused.”[18]

In addition, Summit’s board of directors includes several members with ties to investment firms and other corporations that have supported education reform. Robert J. Oster, chair of Summit’s California Board of Directors, is a private venture investor and a former executive of finance for Oracle Corporation. Summit’s Washington Board of Directors also includes several current and former senior leaders from Microsoft and its divisions.[19]

In December 2014, the Seattle Education blog posted an article detailing policies of Summit Public Schools, with a particular focus on a new school planned in Seattle, that have inherent racism. First, it detailed that the planned principal for the Seattle school was a recent graduate of Teach for America who spent four years as a non-accredited teacher at two different charter schools, highlighting her lack of experience in leading a school that would serve “mostly minority and immigrant students.” Second, other Summit schools were found to have a high attrition rate of students and a lack of attention from teachers through its “blended learning” model, where students go through online material at their own pace.[20]

Furthermore, the article found that the parent organization associated with the planned school would require parents or guardians to volunteer a total of 30 hours with the school each year, or a total of 50 hours it two students were attending. It was also asking that “parents ‘donate’ $500 for each student attending this charter school.” Both of these policies would be difficult to meet for low-income families or single parents. According to the blog, this “cherry picking” process would allow the schools to only serve “students whose families have the wherewithal or motivation to be involved with their student’s education,” which “isn’t what a public school” should do.[20]

In 2016, parents at a northern Kentucky school also voiced concern and alarm that their children had been chosen to take part in an experimental program with the Summit Personalized Learning Platform. Many parents were worried that the amount of screen time allotted in the program contradicted with recommendations from the American Academy of Pediatrics, which warns that more than two hours of screen time “can lead to attention problems, school difficulties, sleep and eating disorders, and obesity.”[21]