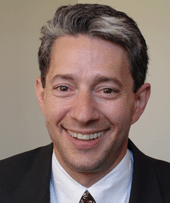 In response to a major New York Times article on VNRs the PR trade publication, O'Dwyers PR Daily, convened a teleconference of leading VNR company representatives to discuss "what the industry can do about the torrent of negative publicity". [1]

In his opening comments to the teleconference, Simon posed the question "what can PR do to protect our interests and defend itself?" while noting that much of the content of the New York Times article "is accurate".

"The problem that I think we're all dealing with is that legitimate practices that we do are getting thrown into the same pool as the illegitimate ones. So what do we do about that to protect our interests?," he asked. [2]

While others on the teleconference were more critical of the Times article and subsequent media coverage of VNRs, Simon rejected the tendency to blame the media as "a very bad idea".

"Obviously we rely on them for what we do and work with them. What we need to do is clarify that what we do is not fake or "counterfeit news;" it's paid advocacy," he said. He also noted that after the controvery over the Karen Ryan VNR "we had a number of reporters, broadcasters, producers, who said to us that they're being told from higher-ups not to air stuff."

Simon stated that he considered sending a VNR to a broadcaster without disclosing the sponsor as "unethical".

Simon confirmed that it was routine for VNRs to be aired, something which producers can track through detailed monitoring. "I mean the material we do we get reports in every city in the country. We've had it on networks; it does air," he said.

For Simon they central consideration was that if the sponsor was identified to the media outlet and they broadcast it without disclosing its origin to the viewers it was the fault of the journalist gatekeepers. "I would say fewer than 10 percent of the pieces we get back have some sort of identification. Even though we put that material out there on our releases, on the tape, very few of them say 'Courtesy,' whoever the client is that we happen to be working for," he said.

While others within the industry were opposed to every frame being labelled to identify the sponsor Simon was ambivalent. "I think clearly that would be bad for our industry, but you could argue either way, whether that serves the public or not," he said.

However, while uncertain of the impact of disclosure on the use of government produced VNRs he had no doubt about its impact on the much larger volume of corporate funded VNRs. "I think there would be less impact, perhaps, on government issued material than if that were to crossover into the private sector and suddenly it became a FCC requirement that we had to do that on each frame of video we sent out for anyone, whether it was for tsunami relief or what have you," he told the O'Dwyers teleconference.

In April 2005 the Federal Communications Commission issued a reminder to broadcast licensees and cable operators to ensure disclosure to viewers of the sponsors of video news releases. [3]

In response Simon issued a statement - in the format of a scripted question and answer approach common to B-Roll content of VNRs - seeking to portray greater disclosure requirements as restricting the freedom of the press.

Simon claimed labelling for the benefit of viewers "could limit the media's right to quote whistleblowers or rely on unnamed sources--a significant blow for press freedom" and that they could limit "the rights of broadcasters to cover the news as they see fit." [4]

While unwilling to criticise the media which broadcast VNRs, Simon took a swipe at Free Press which - along with the SourceWatch sponsor the Center for Media and Democracy - filed the complaint over VNR use. "It is ironic that an organization named 'Free Press' ... is contributing to having potential limits on press freedom. It seems like something from George Orwell," he complained.

His statement also bemaoned that unspecified "misdeeds" by the PR industry had resulted in what he refers to as "legitimate advocacy" as having been "thrown into the same cesspool as misleading behavior by the industry."

In a Fall 2005 newsletter article, Simon claimed that the FCC Public Notice raised the possibility that "stations might be required to tell viewers if they even had a short conversation with a public relations person and face fines if they don't." Simon also described his firm's contacts with newsrooms, following the Bush administration VNR controversy, saying that most "Spanish language reporters surveyed were ... unaware of the controversy," while their English-language counterparts exhibited greater awareness. [5]

In testimony before the U.S. Senate Committee on Commerce, Science & Transportation in May 2005 Simon argued in favour of limited disclosure of VNRs. "As a VNR producer and distributor, you might expect that I am against any regulation that effects our industry practice. I’m not. While many in the PR Video Industry disagree, I believe, when government is involved, and even in the private sector, not only do the journalistic gatekeepers need to know the original funding source of VNR material but the public has the right to know. That being said, increased government control over news broadcasts is not a hallmark of democracy," he said. [6]

As an alternative to the Truth in Broadcasting Act Simon proposed that a bill titled the "Transparency in Government use of PR Video Act" which would require: