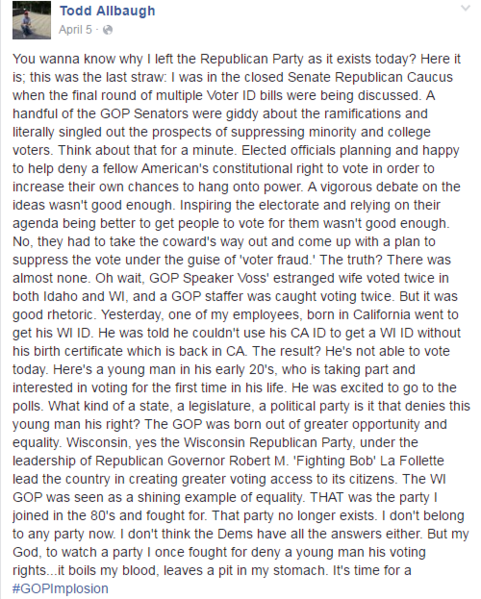 Todd Allbaugh, a former staffer for former Republican WI Sen. Dale Schultz, posted this to facebook on April 5, 2016. In the post he denounces WI Senate Republicans' efforts to suppress likely democratic voters by passing the voter ID law. He cites these efforts as a primary reason for breaking with the Republican party.

The following page uses this file:

This file contains additional information, probably added from the digital camera or scanner used to create or digitize it.

If the file has been modified from its original state, some details may not fully reflect the modified file.