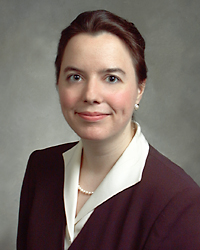 Jennifer Zambone is the Publications Manager at the Mercatus Center at George Mason University.[1] Prior to this she worked as the Washington D.C.-based director of Africa Fighting Malaria, a pro-DDT lobby group.

A biographical note from 2001 on the website of the Competitive Enterprise Institute stated that she "studies environmental health risks and air policy. Her recent work has focused on science and public health, pesticides, arthropod borne disease, and toxic air pollutants."[2]