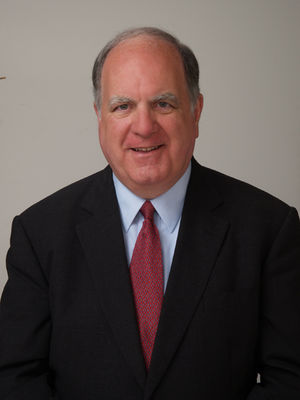 John McKee Spratt, Jr., a Democrat, is a former U.S. Representative for the 5th Congressional district of South Carolina, having served 1983 to 2011.[1]

General information about important bills and votes for can be found in Congresspedia's articles on legislation. You can add information you find on how John Spratt voted by clicking the "[edit]" link to the right and typing it in. Remember to cite your sources!

During the debate in 2002 over the resolution giving the president the right to use military force against Iraq, Spratt proposed an amendment (H.AMDT.609) requiring the president to obtain congressional approval before using military force against Iraq if a United Nations resolution could not be obtained. Supporters argued that the amendment ensured that Congress would have the final say in regards to going to war (which the Constitution guarantees). The amendment failed 155-270.

Main article: Congressional actions on the Iraq War prior to the 2003 U.S. invasion

Spratt voted for the Authorization for Use of Military Force Against Iraq Resolution of 2002 that started the Iraq War.[2]

For more information see the chart of U.S. House of Representatives votes on the Iraq War.

On June 5, 2008, the U.S. House of Representatives gave final approval to a conference agreement on the budget resolution for fiscal year 2009, marking the first time Congress has passed a budget in an election year since 2000. The Senate approved the plan on June 4.

“This agreement charts a new course,” said House Budget Committee Chairman John Spratt (D-SC). “It accommodates tax cuts for middle-income families; supports investments in energy, education and infrastructure; and returns the budget to balance. This is a balanced budget with balanced priorities.

“Our nation cannot afford to continue the Bush Administration’s policies of deficits and debt. People are struggling. This conference agreement begins the process of recovery. While it may not be a grand solution, this budget moves us in the right direction, enforcing fiscal responsibility but not to the exclusion of values that we hold dear,” Spratt said.[1]

John Spratt was born in Charlotte, North Carolina, but grew up in York, South Carolina, where he still resides. After graduating from York High School, he earned a BA degree in history from Davidson College in 1964. He served as student body president at both schools. Spratt later earned an MA degree in philosophy, politics, and economics from Oxford University in 1966 while studying on a Marshall Scholarship, and an LLB degree from Yale Law School in 1969.

Spratt was a captain in the Army from 1969 to 1971, serving in the Operations Analysis Group in the office of the Assistant Secretary of Defense (Comptroller) at the Pentagon, and was awarded the Meritorious Service Medal.

Spratt returned to York in 1971 to practice at the law firm of Spratt, McKeown, and Spratt. He was county attorney and school board attorney, and president of the Bank of Fort Mill. He also ran a small insurance agency and owned a farm in Fort Mill.

John Spratt is married to the former Jane Stacy, of Filbert, South Carolina. They have three daughters and four grandchildren.[2]

Spratt was first elected to the U.S. House of Representatives in 1982 and has been re-elected every two years since then.

In 2008, John Spratt was re-elected to Congress with 62% of the vote. Republican Albert Spencer received 37% and Constitution Party candidate Frank Waggoner received 1%.[3]

In 2010, Spratt lost his House seat to Republican Mick Mulvaney.[1]

This section contains links to – and feeds from – money in politics databases. <crpcontribdata>cid=N00002492&cycle=2008</crpcontribdata>

Boards and other affiliations

Wikipedia also has an article on John Spratt. This article may use content from the Wikipedia article under the terms of the GFDL.

Corresponding article on Wikipedia and Cause Caller. (If Cause Caller link does not work, pick from its list of senators and representatives.)