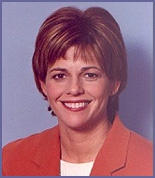 In March 2004, Ryan became a focus of controversy after the U.S. Department of Health and Human Services distributed a video news release promoting a controversial new Medicare law. Ryan had been hired by Home Front Communications, the PR firm for HHS. The VNR featured Ryan describing the benefits of the new law and ended with her declaration: "In Washington, I'm Karen Ryan reporting."

After the story broke, several newspaper editorials criticized the practice, calling Ryan a "phony" and a "hired propagandist." Ryan responded that she had been "singled out" for criticism. "If you have a problem with the Bush administration, if you want to have a debate over the use of video news releases, that's one thing," she said. "But what seemed to be picked up was 'Karen Ryan.'"[1] "I'm like the Marlboro man," she told the Times. "I just don't feel I did anything wrong," she said. "I just did what everyone else in the industry was doing."[2]

"Ryan is clearly good at her job," reported real journalist Zachary Roth, who interviewed her following the controversy. "Over the last few years, literally hundreds of stations have run -- as news -- items 'reported' by Ryan, pushing everything from Excedrin to 'a new ear infection treatment called Ciprodex.'" Roth added, "Ryan is as happy to shill for public interest groups as for corporations and government agencies. She appeared in segments commissioned by the environmental group Union of Concerned Scientists that ran on numerous local stations in September of last year, urging consumers to avoid SUVs. And in May of last year, in a segment picked up by KTBC Austin among others, she 'reported' on the dangers of smoking while pregnant, on behalf of the National Partnership of Pregnant Smokers."

On October 11, 2004, the AP reported that Karen Ryan has again emerged, this time as the "reporter" of a recent, controversial "news story" which promotes the Bush Administration's education policies, including the "No Child Left Behind" law. [3]

One service the company provided was a video news release geared for television stations. The video includes a news story that features Education Secretary Rod Paige and promotes tutoring now offered under law.

The story ends with the voice of a woman saying, "In Washington, I'm Karen Ryan reporting."

Documents obtained on Ketchum contracts with the U.S. Department of Education through a FOIA request from the People for the American Way are available for download here.

In the end, she said, the jump to video news releases from journalism was not as far as one might expect. "It's almost the same thing," she said. ...

Ms. Ryan said she was surprised by the number of stations willing to run her government segments without any editing or acknowledgement of origin. As proud as she says she is of her work, she did not hesitate, even for a second, when asked if she would have broadcast one of her government reports if she were a local news director. "Absolutely not." [4]