KAB is a network of affiliate organisations including towns, cities, counties and states that develop and implement local and regional programs.

KAB's campaigns consistently promote the idea that consumers are responsible for litter and recycling. 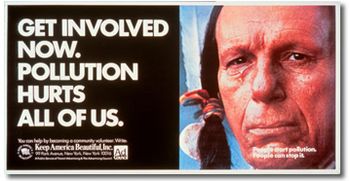 Keep America Beautiful receives millions of dollars a year from dozens of corporations who either directly or through their trade associations are actively engaged in lobbying against environmental legislation such as bottle bills. The KAB website lists major corporate sponsors[2]; some of the bigger funders include companies like PepsiCo, Philip Morris, Waste Management, Anheuser-Busch, Georgia-Pacific, Coca-Cola, Home Depot, McDonald's. Major PR and advertising firms also contribute money to KAB including DDB Worldwide, Omnicom Group, BBDO Worldwide, Fleishman-Hillard, and Ogilvy & Mather. [3]

The Container Recycling Institute reports: "The most outspoken opponents to bottle bills are almost exclusively the big-name beverage producers. The Coca-Cola Company, PepsiCo, Anheuser Busch, and their bottlers and distributers fight deposit laws at every turn. Retail grocers and liquor storeowners also oppose deposit laws, and in recent years, waste haulers and owners of materials recovery facilities who want the revenue from valuable aluminum cans have joined the opposition. ... Enter Keep America Beautiful. Though their name paints a rosy picture of environmentalism, Keep America Beautiful (KAB) promotes landfilling and incineration of waste, and refuses to accept bottle bills as a viable method of litter reduction. Why? Because KAB was founded by the very industries that find bottle bills a threat!" [4]

Keep America Beautiful was founded in 1953 by group of businessmen from the beverage and packaging industries who were concerned that government would make them responsible for solving the litter problem by regulating their industries. Howard Chase was an early PR consultant to KAB and in the 1970's went on to become vice president and assistant to the chairman for public affairs of the American Can Company. [3]

KAB's first campaign theme was “Every Litter Bit Hurts” and was supported by major environmental organisations.

In the early 1970s a new campaign was launched with the theme “People Start Pollution, People Can Stop It”. Environmentalists were not happy with the campaign theme and wanted KAB to focus on making producers responsible for packaging waste, but KAB's industry backers refused.

In 1974 KAB publicly opposed California's proposed bottle bill. However due to reactions that the organisation was self-serving, they decided to drop any official position on the issue. KAB changed their approach to promote alternatives to bottle bills instead.

In 1975 KAB introduced a Clean Community System campaign which encouraged local communities to clean up their litter and had the effect of keeping interest in bottle bills at bay.

In 1976, more than a dozen environmental and citizens groups quit KAB after a member of the board of directors called for the organisation to oppose four upcoming bottle bills.

In the 1980s the Clean Community System expanded and became more focussed on encouraging people to recycle.

In the 1990s there was a new campaign theme “Let’s not waste the 1990’s” which purported to support a sensible strategy to managing waste with source reduction, recycling, composting, incineration and sanitary landfilling. In practice, however, the campaign did not attempt to implement any real methods or targets for achieving improvements.

In 1999 KAB introduced the "Great American Cleanup" campaign, where volunteers are organised to clean up their communities.

KAB has a significant number of corporate sponsors. It's strongest support comes from beverage and packaging industries but includes a wide range of industries. [5]

KAB describes its focus as being on "litter prevention", "waste reduction" and "beautification and community improvement". They maintain an approach of keeping responsibility with consumers and promoting alternatives that have the effect of keeping bottle bills at bay. Although the national body does not officially oppose bottle bills, some of its affiliates do.

In recent years KAB have launched a cigarette butt litter prevention program with support of Philip Morris. As part of this they have undertaken a significant public service announcement campaign stressing the fact that cigarette butts are a significant pollutant and that the chemicals leaching from them into our soils and waterways are a severe environmental concern.