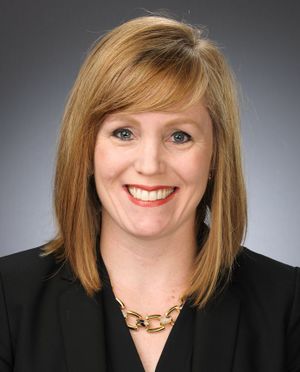 Mary Elizabeth Davis is the Superintendent of Georgia’s Henry County schools and was formerly chief academic officer of Georgia’s Cobb County School District. According to her biography on the Broad Center’s website, Davis “has shifted the district’s leadership strategy to better support teaching and learning. She organized the central office to position financial resources and professional expertise closer to schools.”[1]

Previously, Davis “worked in the Gwinnett County school system as an assistant superintendent/executive director for teaching and learning, as well as the director of science. Her career also includes service as a presidential appointee to the U.S. Department of Education and a U.S. Senate education policy advisor. She holds four degrees, including a bachelor of science degree in chemistry from Messiah College and a master’s degree in public administration, a specialist degree in educational leadership, and a doctorate of philosophy in educational policy studies, all from Georgia State University.” [2]

Through her work, Davis has “developed innovative learning models that address underperformance while strengthening literacy instruction to ensure every child reads on grade level. And after decades of one-size-fits-all models of learning resources, she established a process to delivering [sic] content that relies on locally developed, open-source and customized publisher content.”[1]

Davis served as the Education Policy Advisor to former U.S. Senator Rick Santorum from 2002 to 2004.[4] Santorum has criticized traditional public education many times over his career, calling American public schools “big factories” left over from the Industrial Revolution and arguing for decreasing federal and state roles in education.[5] The same year, he called colleges and universities “indoctrination mills.”[6] Santorum backed the No Child Left Behind Act in 2001, after his amendment mandating that the "intelligent design" form of creationism be taught in the classroom was stripped from the law.[7]

Davis contended in her 2016 dissertation that the “tensions generated by the relationship between the financial provider and the local school result in diluting the school’s capacity to focus on teaching and learning,” and pointed to the “evolution of the neoliberal agenda in public education for situating the recipients of school delivered, non-instructional services far from decision-making officials [...] resulting in a misalignment and under-funding of services offered.” She argued that tensions were “exacerbated when the services are associated with [...] a federal mandate.” Davis claimed that in the past thirty years, “since the standards and accountability narrative prevailed, the role of the neoliberal agenda has further marginalized communities in poverty by introducing a whole new faction of decision-makers in public services.”[8]

Senator Emanuel Jones, a Democratic Georgia state lawmaker, expressed concern during the selection for Henry County Superintendent because he believed Davis was “being given preferential treatment” over the other candidates. He told local media that he had received information that the majority of the school board members favored Davis. A spokesman for Henry County Schools denied Davis was being given preferential treatment. Jones, however, said he had also received information that Davis requested a salary of more than tens of thousands above the asking salary for the other candidates, and that Davis missed an important deadline to send a document to the school system.[9]