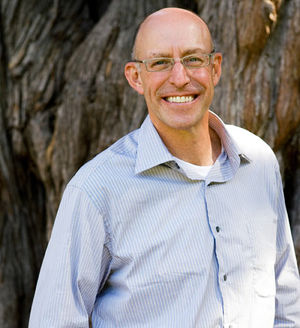 Michael Pollan is a professor of journalism at the University of California-Berkley and has made a name for himself for his unconventional views on how to overhaul the United States' agribusiness sector, which he believes is intricately tied to environmental reform in this country, as well as intricately tied to the obesity epidemic facing United States. He believes that one cannot work on any single issue of this sort without tackling the broader problems head-on.

"For the past twenty-five years, Michael Pollan has been writing books and articles about the places where nature and culture intersect: on our plates, in our farms and gardens, and in the built environment."[1] Pollan is the author of four New York Times bestsellers, which include the following: Food Rules: An Eater’s Manual (2010); In Defense of Food: An Eater’s Manifesto (2008); The Omnivore’s Dilemma: A Natural History of Four Meals (2006) and The Botany of Desire: A Plant’s-Eye View of the World (2001). Pollan, as a journalist. does not come up with his own scientific theories, but instead, explains complex theories in the form of witty meta-analyses by producing readable, punchy books and articles that are easy for the average citizen to pick up and understand.

Pollan is a prominent praiser of Sourcewatch, too, and says he uses it regularly, stating, "As a journalist frequently on the receiving end of various public relations campaigns, some of them based on disinformation, others front groups for undisclosed interests, CMD's SourceWatch is an invaluable resource."