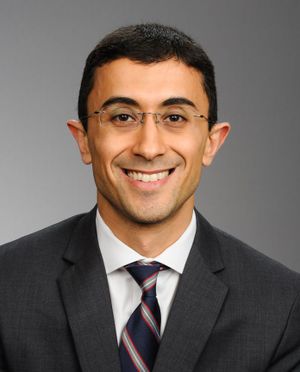 In August 2013, Paymon Rouhanifard was appointed to serve as the Superintendent of the Camden City School District. After embarking on a 100-day listening tour to gather input from the Camden community, Rouhanifard released the District’s strategic plan to ensure that all Camden students attend an excellent school.[1]

Prior to serving the students and families of Camden, Rouhanifard held positions in Newark Public Schools and the New York City Department of Education where his work focused on transforming schools to ensure that all students and families have equal access to high-quality school options.

Rouhanifard’s career in education started as a Teach for America corps member, serving as a 6th-grade teacher at I.S. 195, a middle school in Harlem.[1] Rouhanifard went on to serve as executive director of the office of portfolio management at the New York City Department of Education. In this role, he opened new, high-quality district and charter schools, supported the turnaround of struggling schools and advocated for admission and enrollment changes that led to thousands of more New York City students being better prepared for college and careers.[2]

Rouhanifard obtained his B.A. in economics and political science from the University of North Carolina at Chapel Hill.[1] He was also a graduate of the Broad Academy in 2015-2016.[3]

Rouhanifard is a fellow with the Pahara Institute, a national nonprofit with a mission to identify, strengthen, and sustain diverse high potential leaders who are reimagining public education.[2]

Since former Republican governor Chris Christie appointed Rouhanifard to the position of Superintendent of Camden Schools, he has advocated for the expansion of charter schools in Camden. After Democratic Governor Phil Murphy took office in 2018, Rouhanifard told media that he was optimistic that [Murphy] will see the overwhelming evidence that suggests certain schools like KIPP, Uncommon, Mastery here in Camden are functioning as neighborhood schools and getting good results.[4]

In 2014, Rouhanifard elected to turn five of Camden’s public schools into Renaissance schools, prompting critics to say that he focused too much on creating new schools rather than improving traditional public schools.[7]

In 2016, The Inquirer reported that “longtime Democratic power broker in South Jersey and chairman of Cooper University Health Care” George E. Norcross III announced a “$28.5 million fund that will pay for construction and renovation of Camden's "Renaissance" schools.” George E. Norcross III was “also an insurance executive” and “said that he would raise $5.7 million from local organizations and individuals, including $1 million from his family, and that the rest would come from 4-to-1 matching by national philanthropic foundations.” According to The Inquirer, “The local fund is being established by the nonprofit Charter School Growth Fund, a national venture capital fund that invests in charter schools.”[8]

In 2011, The Charter Growth Fund received $1,250,000 from the Bill and Melinda Gates Foundation and in 2014, the New York Times reported it to be one of the largest recipients of money from the Walton Family Foundation.[9][10] In early 2016, the Foundation announced: “that it is committing $1 billion over the next five years to help expand charter and other school choice options across the country.”[11]

In 2014, the Courier-Post reported, “A group of Camden parents has sued the state Department of Education, claiming a recent decision to approve two new Renaissance schools was done illegally. The lawsuit, filed by a group of 25 parents, argues Education Commissioner David Hespe failed to review the ‘segregative and financial effects’ of Renaissance schools on Camden School District. […] Parents claim the Camden state-operated school district failed to conduct ‘appropriate’ public meetings on the projects as well.”[12]