These graphs were produced by the Center for Media and Democracy. The first shows the TARP bailout, which was voted on by Congress in October 2008, compared to the backdoor (Non-TARP) bailout by the Federal Reserve, which was never subjected to a Congressional debate or a vote. The second chart shows that the vast majority of Federal Reserve money has gone to purchases of mortgage backed securities, a practice that was continuing into 2013. See more here. 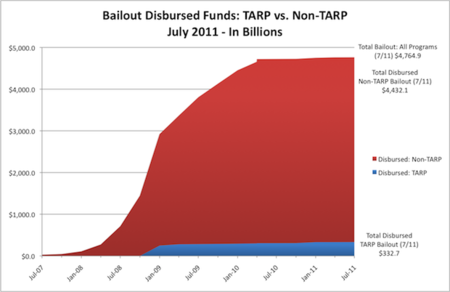 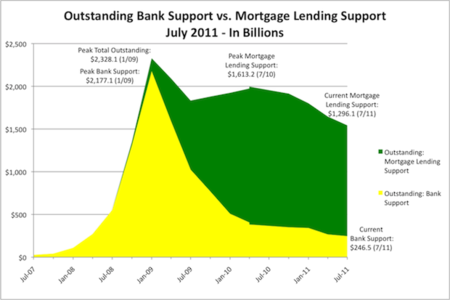