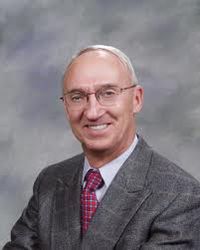 Rex Sinquefield is a billionaire who is deeply vested in Missouri politics and who Bloomberg News referred to as "a new American oligarch."[1] He is the founder and president of the conservative, libertarian Show-Me Institute, which he proclaims is Missouri's "only free-market think tank." The Show-Me Institute is a member of the national State Policy Network. Sinquefield is on the Leadership Council of the Club for Growth. He pens his own twice-monthly blog at Forbes, entitled "A Taxing State of Affairs." In 2012, he told the Wall Street Journal that his top two priorities are "rolling back taxes and rescuing education from teachers unions."[2]

Sinquefield is opposed to campaign finance limits and disclosure rules, telling the Wall Street Journal that, "by my engagement, as well as others like me, voters are provided with more choices, not less."[2]

He supports abolishing tenure for public school teachers.[2] At a 2012 lecture near St. Louis, he was caught on tape quoting a columnist that "A long time ago, decades ago, the Ku Klux Klan got together and said how can we really hurt the African American children permanently? How can we ruin their lives? And what they designed was the public school system."[4] Through the Show-Me Institute he provided support for Missouri's "Parent Trigger Act" which would allow parents to vote via referendum to seize control of their public schools and fire the teachers and principal or privatize the schools.[4]

Sinquefield funded Kansans for No Income Tax, a group that successfully helped advocate for a cut in income and business taxes in Kansas.[2] In 2012, he spent over $2 million to collect signatures to eliminate Missouri's corporate and personal income taxes and replace them with a sales tax. He later decided to postpone the initiative because it was polling unfavorably with Missouri residents.[2]

The Progressive magazine named Sinquefield "the biggest spender in Missouri politics."[4] He pledged to continue contributing money to conservative causes, saying "When Dimensional gets sold, that's when I'll really be able to give money away."[2]

Even though 2013 was not an election year, Sinquefield disclosed more than $3.8 million on political spending[4]:

Sinquefield focuses many of his large financial contributions in Missouri on private school vouchers and campaign contribution limits. This includes creating 100 PACs to funnel donations through and bypass legal limits of individual donations to political campaigns, and creating petition drives to attack teachers' tenure and advocate for elimination of the income tax. He quoted an article claiming that the Ku Klux Klan came up with the public school system to harm African-American children's development. The column was written by a former judge, Ralph Voss, in the Unterrified Democrat newspaper.[7]

Sinquefield is rumored to be a billionaire, however his name has not appeared on the Forbes annual list of billionaires, but Forbes editor Kerry Dolan remarked that “We have his name as a suspect.”[3] He owns a $1.7 million mansion in St. Louis that includes a private elevator, a 977 acre property in Westphalia, Missouri, and a Bentley.[3]