Rolah Ann McCabe was the first smoker in Australian history to be awarded a damages verdict against a tobacco company.

On April 11, 2002, a Victorian supreme court jury ordered British American Tobacco Australia to pay Rolah McCabe $A700,000 in damages. Rolah McCabe at the time was a 51 year old woman dying of lung cancer. She had started smoking at age 9. She is the first smoker ever in Australia to obtain a damages verdict against the tobacco industry.

In her case, Ms. McCabe charged that BAT Australia knew that cigarettes were addictive and dangerous to health, and that, through advertising, the company had targeted children to become consumers. She charged that BAT Australia, was aware of the dangers of addiction and to health of consumers, yet took no reasonable steps to reduce or eliminate the risk of addiction or the health risks, and ignored or publicly disparaged research results which indicated the dangers to health of smoking.

Ms. McCabe's lawyer, Peter Gordon, QC, on January 25, 2002 filed a motion asking the judge to strike BAT's legal defenses to liability and leave the jury to determine on the amount of damages to be awarded.

The three reasons cited in the motion included:

The judge on the case, Justice Geoffrey Eames, essentially agreed with each of these points. On March 22, 2002, he issued the order to strike BAT's defenses.[1] 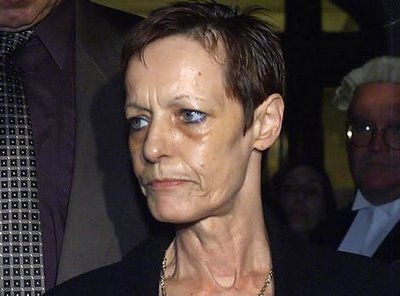