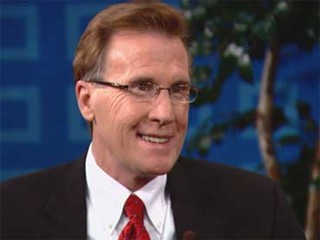 Scot McInnis is a former five-term Republican Congressman from Colorado who is a 2010 candidate for governor of Colorado. While in the Colorado state House of Representatives from From 1983 to 1993, McInnis was elected House Majority Leader and also was Chairman of the Agriculture and Natural Resources Committee. He was elected to the U.S. House of Representatives from 1993-2005. He is currently a partner in the Denver law firm Hogan Lovells.[1][2]

In 2005, McInnis accepted what was supposed to be a two-year speaking, writing and educational fellowship at a nonprofit philanthropic foundation in Pueblo, Colorado called the Hasan Family Foundation, that is concerned with water issues in Colorado. McInnis agreed to write a series of essays on water issues for the Foundation. Shortly after accepting the fellowship, McInnis accepted a full-time job with the Washington, D.C.-based law firm Hogan & Hartson, which was renamed Hogan Lovells early in 2010 this year after it merged with a large British law firm.

In July 2010, when McInnis was a Republican candidate for governor of Colorado, the Denver Post and a television station reported that parts of the essays McInnis wrote for the foundation appeared very similar to a 1984 article written for a publication of the Colorado Water Congress called Colorado Water Rights, which were authored by Gregory Hobbs, then a lawyer with the Denver firm Davis, Graham & Stubbs, who went on to become a Colorado Supreme Court Justice. Hobbs confirmed the similarity between the two works for the Denver Post, commenting before he knew who wrote the similar works. Hobbs commented that he would have expected an attribution in the similar work, but there was none.

The Denver Post subsequently reported a second instance of suspected plagiarism by McInnis, pointing out strong similarities between an opinion article in the Washington Post and a newspaper column McInnis wrote, as well as a speech McInnis delivered while he was in Congress.

McInnis admitted to the plagiarism, but blamed it on a research assistant, Rollie Fischer, who denied the allegations, saying “Scott’s responsible for it.”

The Hasan Foundation, which compensated McInnis with $300,000 for the fellowship, requested McInnis pay the money back. McInnis agreed to pay it back. [3][4][5][6]