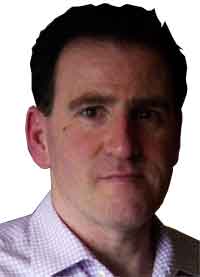 Benny Peiser (b. 1957) is a UK social anthropologist and AGW denier listed among the Heartland Institute "Global warming experts" despite having no evident expertise in climate science or policy. Peiser is Director of the Global Warming Policy Foundation (GWPF), and as of fall 2011, he is a Visiting Fellow at the right wing University of Buckingham, whose current and former vice chancellors serve on the GWPF academic advisory council.

Peiser was educated in West Germany and studied political science, English, and sports science in Frankfurt.[1]

No evident expertise in Climate Science or Climate Policy Analysis

According to a search of 22,000 academic journals, Peiser has published 3 research papers in peer-reviewed journals: Sports Medicine, 2006; Journal of Sports Sciences (2004); and, Bioastronomy 2002: life among the stars (2004). None of these studies are related to human-induced climate change.

Peiser is frequently quoted in Local Transport Today, a transport journal that frequently features the views of climate change skeptics.

Peiser is director of the Global Warming Policy Foundation.[6]

Peiser castigated the University of East Anglia CRU (see: Climategate) for lack of transparency and unwillingness to comply with FOI requests, saying "Until they can be open and transparent, there will remain the questions of reliability and trust."[9] However, in November 2011 the Guardian reported that the GWPF (i.e. Peiser) had itself knocked back several attempts to obtain information about the GWPF through FOI.[10]

2006 — Admission: "an overwhelming majority of climatologists...agreed"

Peiser claims to be a climate change "skeptic," but on October 12, 2006 Peiser states: "I do not think anyone is questioning that we are in a period of global warming. Neither do I doubt that the overwhelming majority of climatologists is agreed that the current warming period is mostly due to human impact." However, he also states that "... this majority consensus is far from unanimous," and that "there is a small community of sceptical researchers that remains extremely active." [5]

In a 2005 article published in the AGW denier journal Energy and Environment, Peiser argued that Jared Diamond and others' attributing Easter Island's cultural collapse to ecocide was false, asking "Why has he turned the victims of cultural and physical extermination into the perpetrators of their own demise?" and arguing that Diamond's "environmental revisionism" "does not hold up to scientific scrutiny."[12]. Objections to the "ecocide" scenario have been addressed by Jared Diamond."[13]

Peiser's "claim to fame" in the war on climate change science was a 2005 study that he claimed refuted an earlier study by Dr. Naomi Oreskes.

Originally published in the prestigious publication, Science, the Oreskes study looked at 928 research papers on climate change and found that 100% agreed with the scientific consensus.[14] Peiser originally stated in January 2005 that Oreskes was incorrect and that "in light of the data [Peiser] presented... Science should withdraw Oreskes's study and its results in order to prevent any further damage to the integrity of science." On October 12, 2006, Peiser admitted that only one of the ~1000 research papers he used in his study refuted the scientific consensus on climate change, and that this one study was NOT peer-reviewed and was published by the American Association of Petroleum Geologists[15]. Peiser's incorrect claims were published in the Financial Post section of the National Post, in a May 17, 2005 commentary authored by Peiser himself.[16][15][17]

In an article on the BBC website he is describe as a 'Leading British anthropologist' and is quoted as saying "Apocalyptics typically exaggerate the possible dangers we may face in the future while ignoring or underestimating the probability of finding a social, technological or medical remedy for the predicament."[18]

Other denier statements on climate

Wikipedia also has an article on Benny Peiser. This article may use content from the Wikipedia article under the terms of the GFDL.