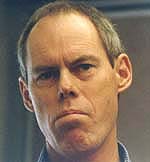 Gary Johns was Senior Fellow at the conservative Australian think tank the Institute of Public Affairs, and the head of its Non-Government Organisation Unit. He joined the IPA in 1997 and left in 2006.

Johns was elected as a Labor Party representative to the House of Representatives in 1987 and served as the Special Minister for State and Assistant Minister for Industrial Affairs in the Keating Labor Government to 1996. In 1997 he joined the IPA as a member of staff.

In 2002, he was awarded the Fulbright Professional Award in Australian-United States Alliance Studies, and was based at Georgetown University's Centre for Australian and New Zealand Studies in Washington D.C. [2]. His studies in the US were part of work as head of the IPA's Non-Government Organisation Project which "studies NGO transparency and accountability, particularly in their relations with government and the corporate sector in the formation of public policy." [3]

At an awards ceremony for the Australian Fulbright Award recipients Johns said "I believe Fulbright gives us the obligation to do the best we can in our time in the U.S. and to build relations, and also to deepen and improve our understanding and knowledge and then to apply it and try to make this a better place, 'this' being the U.S., Australia and the world." [4]

In 2003, he was appointed as an Associate Commissioner of the Commonwealth Productivity Commission, a government policy research and advisory body.

Articles and reports by Johns