As reported by The Intercept in 2021, AFC has worked through a project known as "Ed Newsfeed" since 2018, which produces and distributes content in favor of education privatization to local news stations. TV stations "often air the segments just as they receive them, allowing anchors to recite accompanying scripts word for word. The aired content includes no disclosure that it was produced by the education advocacy group."[7]

Stories that have appeared in these segments include content and/or officials from [[[Connections Academy]] and [K12 Inc.]], organizations with financial ties to AFC that also support charter schools and education privatization efforts.[7]

AFC was a "Trustee" level sponsor of the American Legislative Exchange Council (ALEC) 2011 Annual Conference, which in 2010 equated to $5,000.[8] It also sponsored ALEC's 2013 40th Anniversary annual meeting, again at the "Trustee" level.[9] AFC is also a member of ALEC's Education Task Force. Scott Jensen represented the organization on the task force as of July 2011 (ALEC also lists him as representing the 501(c)(3) wing of the group, Alliance for School Choice). AFC sponsored the "Education Savings Account Act" at ALEC's April 2011 meeting in Cincinnati. It was approved by the Education Task Force and, after sign-off by the ALEC Board of Directors, became an ALEC bill.[10]

The AFC is part of the web of dark money which flowed into the 2011 and 2012 Wisconsin recall elections. AFC received substantial sums both directly and indirectly in 2011 and 2012 from the Wisconsin Club for Growth, whose director Eric O'Keefe received a subpoena in the second John Doe case investigating potential campaign finance violations.[13] In 2011, Wisconsin Club for Growth gave $425,000 to the "Jobs First Coalition," a right-wing spending group with ties to AFC senior advisor Scott Jensen, according to his LinkedIn profile.[14] The Jobs First Coalition then gave $245,000 of this to AFC.[15] The Jobs First Coalition was also an active player in the 2011 recall elections, where it spent $100,000 and sponsored numerous mailings to attack Democratic candidates in contested districts.[16] In 2012, WI Club for Growth gave $250,000 directly to AFC.[17]

AFC reported $345,000 worth of spending to the elections board in Wisconsin for 2012.[18] This directly contradicts the impact brochure released after the elections which boasts spending of almost $2.4 million for the state in 2012, nearly one third of its total national spending of $7.2 million. The difference is likely due to the "issue advocacy" loophole, which requires only limited disclosure for ads that don't explicitly urge viewers to vote for or against a candidate. The clear exploitation of the loophole by AFC sparked controversy and complaints, but was ultimately upheld by Wisconsin's Elections Board.[19]

The impact brochure states that $1.6 million was spent solely on the recall elections. These funds were spent primarily on behalf of Governor Walker but also for additional recall campaigns, notably to defend Sen. Wanggaard who is a member of ALEC.[19]

In the primaries before the 2012 fall election, AFC spent more than $113,000 supporting five Milwaukee Democrats running for State Assembly and Senate who supported expanding school privatization. None of the five AFC-backed candidates won their primary, due in part to their unpopular stances on education.[20]

During the fall election AFC spent $535,000 on 3 Senate and 6 Assembly candidates, according to their impact brochure. $325,000 of this was spent solely in favor of Rick Gudex, a staunchly pro-voucher Republican candidate locked in a competitive Senate race against an anti-voucher Democrat.[19] Only $145,000 of this sum was reported as independent expenditures to Wisconsin's Elections Board.[21]

The AFC invested heavily in the 2011 Wisconsin recall elections to maintain Scott Walker's GOP Senate Majority. In March 2011 the AFC sanctioned automated telephone calls to the districts of eight republican state senators whose recall petitions were being distributed.[22] Some of these recorded calls did not discuss education reform at all, instead arguing that the recall process was inappropriate. One such example was a recorded call sent to voters in Wisconsin's 10th Senate District, which stated that the recall process should take place only in "extreme situations, where an elected official has committed a crime, or engaged in unethical or immoral conduct." The recorded call then urges voters to "let the special interests know it's wrong to recall an elected official just because you disagree with them."[22]

After the petitions against six of these eight senators succeeded, AFC spent $500,000 to defend several of them including Sen. Luther Olsen, Sen. Sheila Harsdorf, and Sen. Alberta Darling.[23] Of this sum, nearly half ($230,000) was spent in favor of Sen. Darling, who as the co-chair of the Joint Finance Committee was a primary architect of the massive $800 million cuts to Wisconsin's public schools and increases in funding of private voucher programs.[24][25] Darling tried to hide her correspondence with AFC by denying an open records request by liberal group One Wisconsin Now, who brought the issue to court and prevailed.[26] 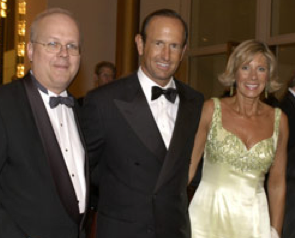 Betsy DeVos was the chairman of AFC's board of directors as of July 2016.[33] She is the former chair of the Michigan Republican Party and older sister to [Erik Prince]], the founder of the notorious mercenary company Blackwater USA.[34] Betsy's husband Dick DeVos is the former president of Amway (a direct sales company) and its parent company Alticor. He ran for governor in 2006, but was defeated.[35] In addition to their organization of the AFC, the DeVos family is a major player in the conservative donor class, heavily funding conservative think tanks, Republican candidates, right-wing evangelical organizations, and school-privatization advocacy groups.[36] 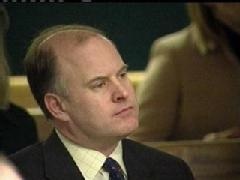 Former State Representative Scott Jensen was convicted of three felonies for misuse of his office for political purposes and banned from the state Capitol for five years (though the charges were later reversed and dropped as part of a plea agreement).[37] Jensen has remained involved in state politics by advising and lobbying on behalf of the pro-business Jobs First Coalition and the AFC. Jensen is one of AFC’s registered lobbyists in Wisconsin.[38]