Aequus Foundation is a 501(c)(3) exempt private foundation based in Elmira, NY. The foundation gives to fuel conservative causes through right-wing organizations and think tanks, such as members of the State Policy Network. Larry Arnn, the foundation's executive director, serves as President of Hilldale College, a small, liberal-arts college in Michigan which receives much funding from right-wing think tanks, as the college does not receive state or federal funds. 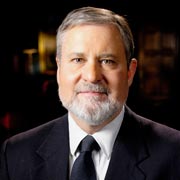 From 2009 to 2011, the Aequus Foundation contributed just over half of their $778,750 given grants to State Policy Network think tanks and associate members, with $395,900 distributed among 18 of their member organizations.

The largest contribution, at $277,500 (just over a third of their total grants from 2009 to 2011) from the foundation went to the Heritage Foundation, a right-wing think tank that has a strong influence over conservative legislators, and enjoyed a considerable prominence during the Reagan Administration. Edwin Feulner, a member of the Aequus Foundation board of directors, helped found the Heritage Foundation in 1973. The organization's website described the changes the foundation went through under Feulner, "Heritage grew from a nine-member staff on a shoestring budget working out of a rented office in 1977 to a 250-person, $80-million-a-year institution with a worldwide reputation for rigorous research and innovative policy recommendations, occupying three buildings near the U.S. Capitol." [2]

Feulner has had many roles as a trustee for many right-wing think tanks and institutes, including at the national and international level. He currently serves as treasurer of Mont Pelerin Society, an organization that describes its staff and values as: [3]

"The Mont Pelerin Society is composed of persons who continue to see the dangers to civilized society outlined in the statement of aims. They have seen economic and political liberalism in the ascendant for a time since World War II in some countries but also its apparent decline in more recent times. Though not necessarily sharing a common interpretation, either of causes or consequences, they see danger in the expansion of government, not least in state welfare, in the power of trade unions and business monopoly, and in the continuing threat and reality of inflation."

While Mont Pelerin Society is not a member of State Policy Network due to its status as an international organization, its values and policy issues often coincide.

Feulner also serves as a board member of the National Chamber Foundation, a trustee for the Intercollegiate Studies Institute, a board member at George Mason University, which houses the Institute for Humane Studies, and as a trustee for the Acton Institute and the International Republican Institute. [4] Of the organizations Feulner is involved in, the Institute for Humane Studies, the Intercollegiate Studies Institute, and the Acton Institute are all members of the State Policy Network.

From 2009 to 2011, the grants given to State Policy Network members include:

Outside of their political and public policy grants, Aequus Foundation has given to various religious, educational, and community organizations such as St. Vincent College, Shimer College, Omaha Zoo, and Hillsdale Community Center. The top recipients from 2009 to 2011 who are not members of State Policy Network include:

Despite many not being members of the State Policy Network, many of the funds given by Aequus Foundation are given to right-wing political groups, such as Mont Pelerin Society, Philadelphia Society, and others.

Arrn, the foundation's executive director, serves as President of Hillsdale College, a small liberal-arts college in Michigan. The school does not accept any federal or state funds, but does receive numerous donations from State Policy Network members, and other right-wing foundations, such as the Charles G. Koch Charitable Foundation. Arnn has served as president of the Claremont Institute, a State Policy Network member, from 1985-2000, and also currently serves on the board of directors for the Heritage Foundation, the Center for Individual Rights, the Claremont Institute, Philanthropy Roundtable, Mont Pelerin Society, and International Churchill Society.

Arnn raised headlines in the summer of 2013 after referring to non-white students as "dark ones" during testimony at an education hearing. During his testimony against Michigan's adoption of Common Core standards in reading, writing, and math, Arnn stated his institution was approached by the Michigan Department of Education because they "didn't have enough dark ones." [5]