Fujitsu is an IT products and services provider based in Toyko, Japan, and operating in 70 countries worldwide. As of 2008, it employee 167,000 people.[1]

“Siemens and Furukawa Electric created Fuji Electric in 1923 to produce electrical equipment. Fuji spun off Fujitsu, its communications division, in 1935. Originally a maker of telephone equipment, Fujitsu produced antiaircraft weapons during WWII. After the war it became one of four major suppliers to state-owned monopoly Nippon Telegraph and Telephone (NTT) and continued to benefit from Japan's rapid economic recovery in the 1950s and 1960s.

With encouragement from Japan's Ministry of International Trade and Industry (MITI), Fujitsu developed the country's first commercial computer in 1954. MITI erected trade barriers to protect Japan's new computer industry and in the early 1960s sponsored the production of mainframe computers, directing Fujitsu to develop the central processing unit. The company expanded into semiconductor production and factory automation in the late 1960s. Its factory automation business was spun off as Fujitsu Fanuc in 1972.

Fujitsu gained badly needed technology when it bought 30% of IBM-plug-compatible manufacturer Amdahl in 1972. By 1979 Fujitsu had passed IBM to become Japan's #1 computer manufacturer. In Europe, Fujitsu entered into computer marketing ventures with Siemens (1978) and UK mainframe maker ICL (1981). In the US it teamed with TRW to sell point-of-sale systems (1980), assuming full control of the operation in 1983. Fujitsu released its first supercomputer in 1982.

Fujitsu bought 80% of ICL (from the UK's Standard Telephones & Cables) in 1990 for $1.3 billion. In 1993 it formed a joint venture with Advanced Micro Devices to make flash memory products.

The company doubled its share of Japan's PC market in 1995 to more than 18% and the next year expanded its PC business globally. In 1997 Fujitsu paid about $878 million for the 58% of Amdahl it didn't already own. The next year it bought the 10% of ICL it didn't own. Fujitsu's 1998 earnings suffered from a slump in the semiconductor market, Amdahl-related expenses, and a weak Asian economy.

Also in 1998 Naoyuki Akikusa, son of a former NTT president, became head of Fujitsu. He began trimming some operations, while ramping up the company's Internet activities. Fujitsu in 1999 became full owner of online services provider Nifty Serve, making it Japan's largest Internet service provider. It merged Nifty with the operations of another ISP called InfoWeb. Also that year Siemens and Fujitsu combined their European computer operations in a 50-50 joint venture (Fujitsu Siemens Computers) as one part of a larger global alliance. A restructuring of Fujitsu's semiconductor operations caused losses for 1999.

Akikusa's reorganization continued in 2000. Fujitsu overhauled its server business (subsidiary Amdahl ceased production of IBM-compatible mainframes) and accelerated production of flash memory. Responding to a global slump in its markets, in 2001 Fujitsu announced that it would cut more than 16,000 jobs -- about 10% of its workforce -- to control costs. Soon after, it announced the cutting of an additional 4,500 jobs.

In 2002 Fujitsu moved to outsource its semiconductor test and assembly operations when it agreed to sell its Kyushu Fujitsu Electronics subsidiary to Amkor Technology; the deal was terminated, however, when Amkor and Fujitsu were unable to agree to terms.

Fujitsu formed an alliance with Cisco late in 2004 to jointly develop networking equipment.

According to a 2008 report by [1] and Bread for all, Fujitsu Siemens is "lagging behind" in terms of its labor rights. It says, "The response to our questionnaire reveals that the company is neither committed nor transparent where social responsibility in China is concerned. Fujitsu Siemens’ code of conduct remains very incomplete. In terms of implementation, the company says that they evaluate their suppliers’ performance at semi-annual meetings, but they have no one in charge of social responsibility issues either at the international level or in China. Finally, as far as training is concerned, the company says they feel that training suppliers is not its responsibility."[3]

Fujitsu purchases power supply devices including invertors, converters, and adapters from the Yonghong Electronics factory in Shenzhen. Yonghong is a member of the FSP Group and was founded in May 2000. In 2006, it was found to employ children under the age of 16, though by 2008 only workers of legal age were found to be working in the factory.[4] Workers at the factory are forced to work up to 7 days a week and 100-200 hours of overtime a month, in clear violation of Chinese labor law. Exhaustion is a common problem amongst workers at the factory, and they are often paid wages below the legal minimum, especially probationary (new) workers. [5] While some workers are paid the legal minimum wage of 750 yuan/month, the system in place to pay overtime wages does not pay for more than 3 hours of overtime a day, even though workers are forced to work longer in order to make the daily production quotas. [6] Because of the repetitive nature of the factory work and the extreme long hours, besides exhaustion, workers suffer from repetitive motion injuries, and neck, shoulder, and back pain are common. [6] The problem is exacerbated by the management policy that fines workers for moving their chairs from a yellow line painted on the floor to make all chairs placed in a straight line, a policy even worse for smaller employees who are not close enough to reach their work tables comfortably. [6] Workers are not provided with hazard or safety training or face masks and inhale fumes produced by soldering. [7] Workers at the Yonghong factory are not permitted to stop working there, despite the Chinese labor law code which allows for resignation with one-month prior notice. Employees complain that management refuses to look at their applications of resignation. [7] Workers sleep in rooms with 12 people in the dormitories, and they expressed concerns to SACOM interviewers about the quality and cleanliness of the food provided to them. [8]

According to a 2008 Greenpeace report, Fujitsu-Siemens earned only 3.7 out of 10 possible points for its environmental policy. While many of its products are free of the worst toxic chemicals, the company's products' lifespans and recycling policies are not ideal.[9] 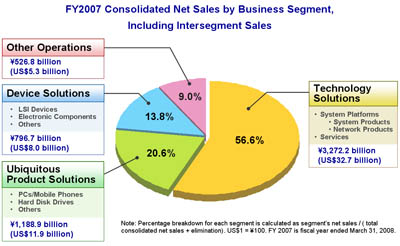 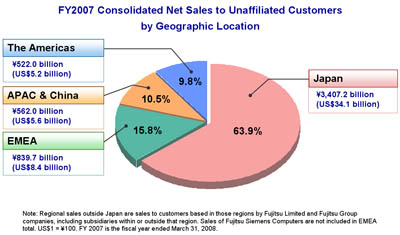 Books on the Company